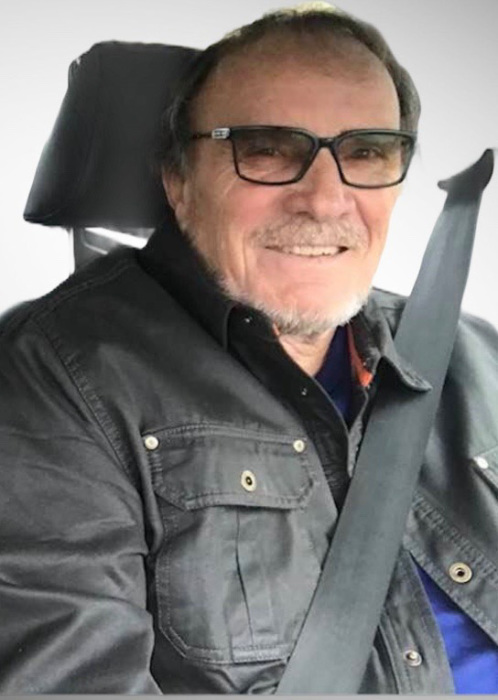 His brothers and sisters were LuGene, W.L. (Billie) Hobbs, Tim, Betty and Bob Hobbs.  Michael was born 14 years after Betty and Bob, the twins.  He learned how to work while being raised on a dairy farm and mink ranch in Franklin, Idaho.  He graduated from Preston High School in 1972. He made many friends in school and was still in contact with some of them.

He married Jill Baird and from this union they have five children. Christopher, Chad, Marcie, James and Megan. He managed the mink ranch and farmed in Franklin.  They moved to Georgia, where he managed a Mink Ranch.  They divorced in 2001 and Michael moved to Belize, where he ran a shrimp farm and a banana farm.

Later he moved back to Georgia.  He married Sharlene Castillo.  She brought the following children: Keith, Kearon, Keenan, Keeara and Tyler to their family.

He became an over the road truck driver.  He said, “This was his favorite job ever.” Sharlene was able to go with him on many of his trips.  They gained a close relationship from the quantity of time they were able to be together.  This occupation also gave him time to visit with his family and friends on the phone.  Whenever you called him or he called you, he would say “A Mile A Minute”.

Mike and Sharlene loved their trips to Idaho. They enjoyed breakfasts with family.  Eating at Deer Cliff and El Sol’s.  They enjoyed getting together with their friends.

He is survived by his wife Sharlene, brothers Tim Hobbs (Elaine) and Bob Hobbs (Irma),  and sister Betty Morrison (Ken). His children; Christopher, Chad, Marcie, James and Megan, Kearon, Keenan, Keeara and Tyler as well as 12 Grandchildren and numerous extended family members. He was preceded in death by his mother and father, sister, LuGene Neuenswander, brother, Billie Hobbs, a son Keith Garreth Moguel.

Due to the current restrictions being implemented,The funeral services will be streamed live on Monday, April 20, 2020 at 12:00 p.m. MST.  You may watch the services live with the following link:.  https://youtu.be/yC6anDoC_aE   Memories and condolences may be shared with the family at webbmortuary.com. In lieu of flowers, please make a contribution to the family to help with expenses.

To order memorial trees or send flowers to the family in memory of Michael Hendricks Hobbs, please visit our flower store.
Send a Sympathy Card