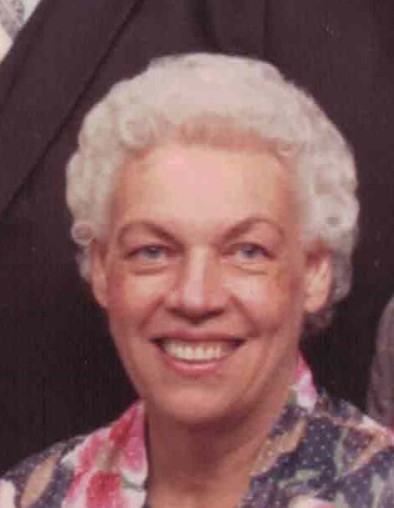 It is with sadness and joy we announce that on Friday August 14,2020, our beloved mother Melba Jaussi Martin peacefully returned to her Heavenly Father at the age of 94, surrounded by loved ones at her home in Preston, Idaho.

Melba was born in Paris, Idaho June 20, 1926 to John and Estella Shepherd Jaussi. She spent her childhood in Paris, Idaho.  Melba was a high-spirited child who loved to have fun. When she was 18 years old, she met and fell in love with a dashing serviceman, Marion Borges Martin, who was stationed in Pocatello, Idaho.  When Marion was transferred to Greenville, Texas, she followed him there where they were married on March 1, 1945.  They were sealed for time and eternity in the Salt Lake City, Utah Temple on September 24, 1951.

Melba was preceded in death by her parents, her beloved husband, her sons Kenneth Marion Martin, and John Gary Martin, and one grandson Gary William Martin, four brothers and one sister.  She is survived by her children Sharan Martin, Jerald (Gemie) Martin and Nadine Martin (Brian) Coburn, her beloved daughter-in-law Sallie Martin, her sister Aurelia Sisrstins, and two brothers Norman (Audrey) Jaussi and Larry Jaussi, and one sister-in law, Marilyn Jaussi. She is also survived by nine grandchildren, 26 great-grandchildren and many nieces and nephews.

After Marion’s military service ended, they moved to Sunnyvale, California where they both initially found work at Libby’s cannery.  They raised their family in the Bay Area and moved on to different jobs in other companies. Melba’s career eventually evolved into her position as a Senior Protype Technician where she supervised a team who did contract work for the space and military programs.

Melba was an active, lifelong member of The Church of Jesus Christ of Latter-day Saints.  She had an amazing testimony of her Savior Jesus Christ and His Atonement. She served faithfully in many roles in her local congregations.  She served as a Temple worker in the Oakland, California Temple.

Melba was a great cook and continued to cook and serve meals to her family and friends until the end of her life.  She loved to travel, and her children and grandchildren recount many trips with her and Marion and then with her after he died in 1998. She loved to spend time with her family.  She loved to play card games (especially Rook) and to put together puzzles. She loved music and would listen for hours to her favorite tunes.

Melba’s passing leaves a big emptiness in our lives, but we rejoice in the knowledge that she is once again with her beloved Marion.  We look forward to our eventual reunion with them.

Funeral services will be held on Friday, August 21, 2020 at 11 a.m. at Webb Funeral Home, 1005 South 800 East, Preston, Idaho.  Viewings will be held on Thursday from 6-8 p.m. and Friday from 10-10:45 am at Webb Funeral Home.  Due to Covid-19, we ask that all social distancing guidelines be followed.  The services will be streamed live on Friday, August 21st at 11:00 a.m. MST and may be watched by clicking on the following link:https://youtu.be/ooRW7CsfJoU

Interment will be in the Paris, Idaho Cemetery.  Memories and condolences may be shared with the family at webbmortuary.com

To order memorial trees or send flowers to the family in memory of Melba Martin, please visit our flower store.
Send a Sympathy Card