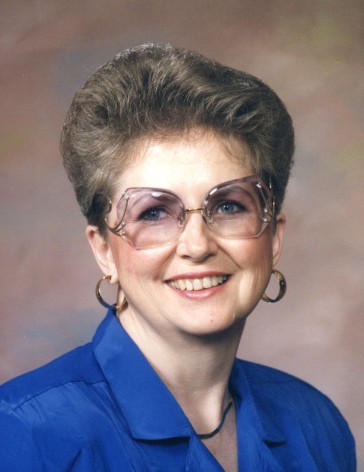 Melanie Mitchell Wold passed away on April 18, 2019 at age 73 in Sandy, Utah. Melanie was born on October 6, 1945 in Preston, Idaho to Charles Richard “Charley” Mitchell and Aphrodel Wilcox Perkins. She married Gordon Earl Wold on December 11, 1964 in Granger, Utah, and were later sealed in the Logan Utah Temple. They raised 4 children, and divorced in 1992.

Mel was a licensed cosmetologist for most of her married life, and after her divorce worked for American Express, and for several local businesses as an office manager. She was very loving of her family – immediate, extended, and even grafted in family; and she always taught that family came first. She loved her grandchildren, always having any Disney movie available for them to enjoy, and sometimes let them have some of her Tab or chocolates. She was known for her cooking talents, especially frosted sour cream cookies that she would hand out to trick-or-treaters at Halloween, her meatloaf with golden delicious potatoes, or her amazing spaghetti and meatballs.  Melanie served in various callings in The Church of Jesus Christ of Latter-day Saints, including Young Women’s Camp Director and Relief Society President and Counselor.

Melanie is survived by her children, Andy (Heidi) Wold, Penny Bower, Kerby (Dawn) Wold, and Misty (Mark) Grover, and eleven grandchildren – Jordan, Bailey, Sienna, and Peyton de Mik; Evanslee “Zlee”, Caddis, and Miko Bower; Taylor and Kayla Wold; Aphrodel “Ellie” and Collin Grover. She is also survived by her sister Aphrodel Rollins, nieces and nephews, and many extended family members. She was preceded in death by her parents, her stepfather, Mark James Grokett, her sister Charlene (Vic) Lewis, and Renee Mitchell, and a son-in-law, John Bower.

Graveside services will be held at the Preston City Cemetery in Preston, Idaho at 12 p.m. on Saturday, April 27, 2019. Memories and condolences may be shared with the family at webbmortuary.com

To order memorial trees or send flowers to the family in memory of Melanie Wold, please visit our flower store.
Send a Sympathy Card