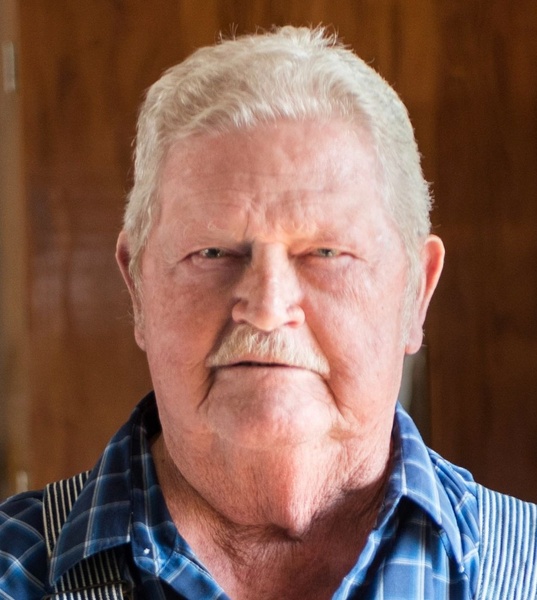 Max K. Green, age 85 of Preston Idaho, passed away peacefully on December 30, 2021, surrounded by his loving wife and family. He will be greatly missed by all those who knew and loved him.

Max was born on October 8, 1936, in Idaho Falls, Idaho, to Roy and Opal Green. The majority of his childhood was spent in Pocatello, Idaho, making many fond memories with his five siblings Louis, Melvin, Ranae, Garon, and Don. He developed a strong work ethic from his parents that would benefit him throughout his life. He went on to receive his education in Pocatello while attending schools there.
The best decision he ever made was to marry his sweetheart, Millie Ann Rolfe, on September 21, 1963. Their marriage was later solemnized in the Ogden temple of the Church of Jesus Christ of Latter-Day Saints. This union has brought happiness and fond memories for both of them, as well as their children and grandchildren. It was common in recent months, as he battled poor health, to see him tenderly reaching for her hand. She dutifully cared for him and doted on him, always at his side.
Together Max and Millie made a great team. Though they were not without their adversities, together they conquered their goals and dreams. Max worked at various professions learning and obtaining skills and trades that benefited him well in life. His most rewarding profession was the ownership of Green’s Will-O-Way in Preston, Idaho. Max and Millie worked together there for many years, building their business and creating many lifelong friends in the community.
Family members often receive compliments and praise regarding Max and Mille because of how they have positively touched the lives of many people they employed or associated with.
In retirement Max found immense joy in spending time at his ranch caring for his Percheron horses Babe, Snap, and Jack. He and his brother, Don, took pride in their horses as they worked and trained them for horse pulling competitions at fairs and rodeos along the Wasatch Front, where they won many trophies and ribbons. Max spent many hours at his ranch, caring for his other animals, enjoying a sunrise or a sunset, and just being outside, where he found purpose and relaxation.
Max could fix, repair, or create just about anything with his welding and wood working skills. The thought of calling a repair man for any reason was never an option. But others would often contact him for repairs or advice.
Together throughout their lives, Max and Millie grew large beautiful vegetable gardens. When their family was younger, they supported their growing family by bottling the fruits of their labors. In his later years, he continued to carefully tend to his yard and garden.
He was not only admired for his fun sense of humor, but also his delicious meals. Max could make a meal out of anything. His chicken tenders and biscuits and gravy were just two of the favorite foods his family enjoyed. He also loved Dutch oven potatoes and cooking over a fire in his younger years. His kids would often seek his advice regarding food preparations and did their best to learn from his talents in the kitchen. It was not uncommon to hear Millie telling family about his latest dinner creation and how much she enjoyed his cooking. The two of them hosted large family Thanksgiving dinners each year for both sides of their family. The memories they created will always be treasured by those who attended.
Max was many things to many people throughout his life. To his family he was a hero and friend. He gave the best hugs and the best common-sense advice. His sense of humor was one of his greatest gifts. He brought smiles to many faces and could fill a room with laughter.
He was very proud of his children and grandchildren. He did not hesitate to compliment them in their achievements or express his love with his big bear hugs. His family is grateful to have called him dad and grandpa. He greatly enriched their lives and they will miss him dearly.
Max is survived by his wife, Millie, and their six children Vicki Jensen (Mark), Doug, Dave (Nadine), Lesli Jardine, Mike, and JoLynn Sorensen (Val). He was preceded in death by his parents and his youngest son Jeff (Tiffany). He leaves behind 27 grandchildren, 36 great-grandchildren, and three great-great grandchildren. He also leaves behind three siblings, being preceded in death by his brothers Melvin and Garon.
The family would like to express special appreciation for those individuals who professionally cared for Max at the Franklin County Medical Center and Rocky Mountain Care of Logan.
Funeral services will be held on Saturday, January 8, 2022 at 1:00 p.m. in the Preston Third Ward Chapel, 155 N. 2nd W., Preston, Idaho. The services will be streamed live and may be watched on Saturday at 1 p.m.(MST) by clicking on the following link:

Viewings will be held Friday from 6-8 p.m. and Saturday from 11:30 a.m.-12:30 p.m. both at the church. Interment will be in the Preston Cemetery. Memories and condolences may be shared with the family at webbmortuary.com

To order memorial trees or send flowers to the family in memory of Max K. Green, please visit our flower store.