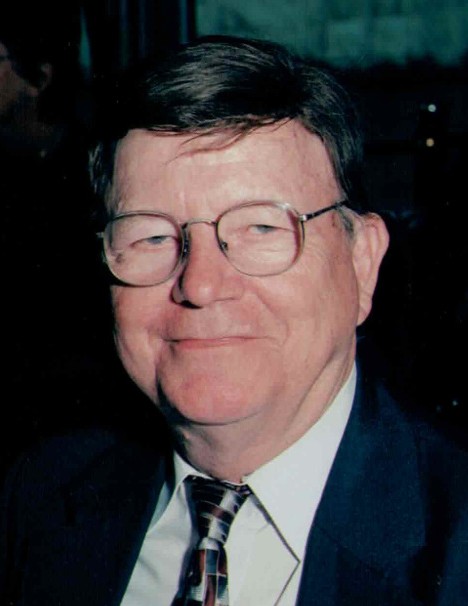 Max Eugene Almond, 87, passed away April 26, 2019 at the Legacy House in Bountiful, Utah from natural causes.  He began this earthly  life on  August 16, 1931, born in Downey, Idaho to Oscar Merland and Nina Loila Johnson Almond. Max was the 3rd of 12 children born to Oscar and Nine. His early years were spent in Downey, Pocatello and Preston, Idaho where he attended school and helped the family with the family farm and business. He graduated from Preston High School in 1949. Upon graduation he moved to Utah where he began taking business courses at the LDS Business College and the University of Utah in preparation for a career in business and accounting. When he turned 21, he was excited to receive a 2 year mission call to the Hawaiian Islands. While there, he had great success and was called to be the mission secretary.

Shortly after returning home from his mission, he was called  to serve his country in the U.S. Army.  He spent 2 years of active duty in Japan specializing in the Central Intelligence Corp. He received an honorable discharge from the military in August 1961. With his strong education and background in business, Max was able to go to work for First Security Bank in Salt Lake City, Utah. He was one of their favorite employees because he was always helping others and reaching out to the customers at the bank to make sure they were getting the best customer care. His real desire was to become an accountant and an opportunity came in the form of a job offer from Grant Thornton, one of the big 8 accounting firms in the country. Needless to say, he was quick to seize the opportunity.  That relationship went on for decades of service to Grant Thornton.

Throughout his life, Max always showed a zest for the opportunities he was blessed with. When he was only 18 years of age, he auditioned and was accepted as a member of the prestigious Tabernacle choir at Temple Square, one of the youngest members ever accepted. He had great musical talent and wanted to share that with others. He was a member of the Choir for 24 years.

He also loved hunting and fishing, especially with all of his brothers and dad. Countless memories were shared around the campfires and river banks over the years. Catching big king salmon in Alaska was his specialty especially when he made sure that others were catching them as well. He had a special  love for his Mom and Dad, especially Mom because she always wrote the best letters of love and support. He made it possible for them to move into a brand new home when Dad retired so they could enjoy those years together.

Max knew and understood the love Mom and Dad had for all of their children and the importance of the family throughout his life, into the next. He made it a mission in life to do everything he could to keep the family unit strong. Whether it was creating some of the best family reunions ever, where everyone wanted to come, taking the brothers on some great fishing excursions to bond and tell fish stories, or cruising around the world as siblings sharing life's experiences with each other. All of these experiences have helped our family be strong in love and appreciation for each other as well as stronger in the eternal perspectives of life. His entire life was dedicated to love and service to others. He loved His Heavenly Father, his family and all he came in contact with.

He is survived by six brothers and one sister, Reese (Leah) Almond of Salt Lake City, Utah; Colleen Greaves of Rupert, Idaho; Ray (Judy Lynn) Almond of Chubbuck, Idaho; Robert Johnson Almond of Provo, Utah; Sam (Kamile) Almond of Centerville, Utah; Dale (Judy) Almond of Pocatello, Idaho; and Brent (Cathy) Almond of Nampa, Idaho; by a brother-in-law, Kevin Stevenson of West Bountiful, Utah and by many nieces and nephews.  He was preceded in death by his parents, by two sisters, Yvonne (Keith) Hodges and Tamara Stevenson; by two brothers, Howard (Deone) Almond and Donald (Virginia) Almond and by a brother-in-law, Allan Greaves.

To order memorial trees or send flowers to the family in memory of Max Eugene Almond, please visit our flower store.
Send a Sympathy Card