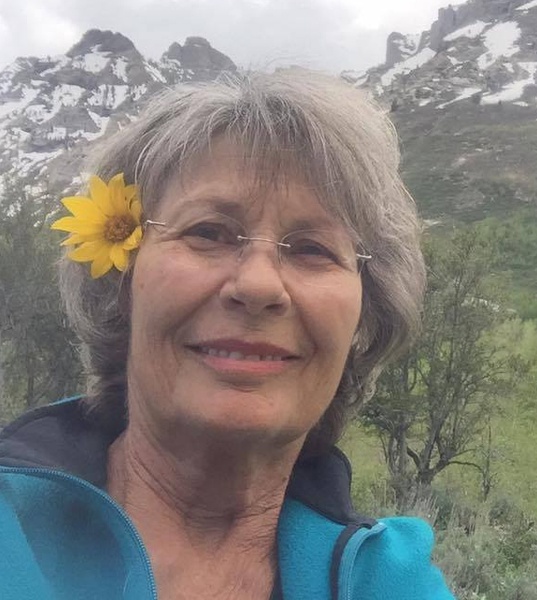 Mary Lou was born the youngest of 6 children to Matilda Mary Spatig and Carl Herman Monson on September 22, 1945.  Mary Lou spent her youth on the family farm located outside Lava Hot Springs, Idaho.  She graduated from Marsh Valley High School in McCammon, Idaho in 1963 before leaving home for Ricks College.  Mary Lou met her husband Glenn of 53 years during the summer of 1965.  After a brief courtship they were married December 31, 1965 and settled in Henderson, Nevada where they welcomed a daughter and 3 sons, into their lives and home.  In 1982 they relocated to Elko, Nevada where they reside today.

Mary Lou was a woman of many talents.  She enjoyed painting, sewing, quilting, and had a passion for family history.  Family is where Mary Lou found her greatest comfort and she considered her role as wife, mother and grandmother to be her crowning achievement in this life.

Mary Lou had an unwavering testimony and love of the Savior, Jesus Christ in whom she continually relied upon to guide her through life’s difficult challenges.  Due to Mary Lou’s influence on her family, each of her sons earned the Eagle Scout award and served full time missions for the church. Her greatest joy was realized on August 14, 1998 when she and Glenn and their family were sealed together for time and all eternity in the Logan, Utah Temple.

Mary Lou’s warm personality, positive attitude, genuine love and affection for others, is a blessing to all who knew her. Her final words to those she held most dear were these “When all is said and done, the only thing that really matters is friends and family. I love you all.”

Mary Lou is preceded in death by her beloved daughter, Cynthia Louise, and siblings Beverly, Floyd & Richard (Dick).  In lieu of sending flowers, Mary Lou and Glenn request that “flowers be given to the living for tomorrow we may not have the chance.”

Funeral services for Mary Lou Crisler will be held Saturday, November 10th at the Church of Jesus Christ of Latter-day Saints located at 3001 N. 5th St. Elko, NV 89801. Viewing will be held from 10:00 to 10:45 AM, with services beginning at 11:00 AM.  Burial will be held Monday, November 12th at 11:00 AM at the Preston, Idaho cemetery. Memories and condolences may be shared with the family at: www.webbmortuary.com

Click the "Red Arrow" to listen to funeral services. You may also order copies by clicking the "Order" button.
To order memorial trees or send flowers to the family in memory of Mary Louise Crisler, please visit our flower store.