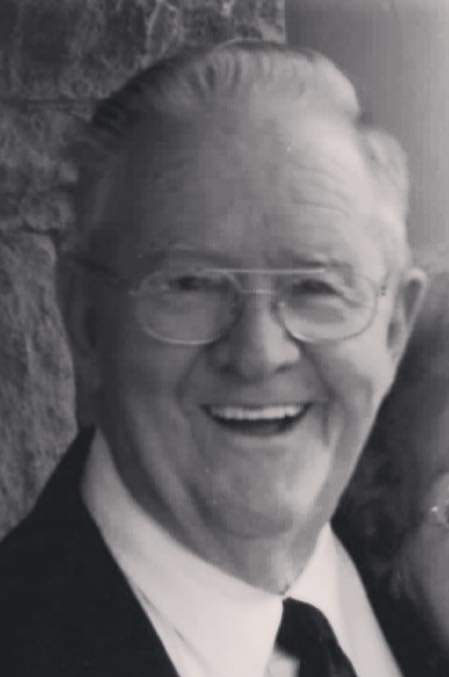 Marvin Wing just couldn’t wait any longer.  He returned to Heavenly Father and his wife Norma on November 14, 2018 in Preston, Idaho.  He was tired and more than ready to start his life without pain -  a future life of relief, happiness, family and friends.  He now stands on the edge of eternity contemplating the vast opportunities and blessings of the life ahead of him.  He is survived by his children - Kevin and Julie Wing of New Haven, Utah, Bruce and Sadie Wing of Highland, Utah, Chad and DeeAnne Wing of Heber, Utah, Kathy and Matt Benson of Preston, Idaho, Kelly and Cheryl Wing of Ralls, Texas, Janean and Bruce LaMont of Preston, Idaho, Troy and Darlene Wing of Franklin, Idaho, Joe and Kim Wing of Layton, Utah and may grandchildren and great grandchildren.

He and Marlin, his twin brother, were the fifth and sixth children born to Roy and Wilhelmina Wing.  Marlin and him were inseparable in life and are now jointed together in death.  The first seventeen years of his life were lived without running water in rural Arizona.  When he moved to Idaho, he and Marlin would sleep out on the porch of their Idaho home - rain, shine, summer or winter.  His mother would heat up rocks and put them in their bed during cold winter nights to keep them warm.  He served in many capacities in the Church of Jesus Christ of Latter-Day Saints.  During World War II, while in the United States Army, he was part of the occupation forces in Japan.  Marvin set a great example for his eight children by serving in the Northern States mission from 1948 to 1950.    He loved to fish.  Many hours were spent bonding with his children on a lake, driving to a lake or coming home from a lake. He sacrificed much of himself for the sake of his family.  His example of service, honesty, testimony, love and kindness were felt by all.

Funeral services will be held Saturday, November 24, 2018 at 12 noon at the Franklin Stake center, 106, East Main in Franklin, Idaho. Family and friends are invited to attend a viewing Saturday morning November 24, 2018 from 10:30 to 11:30 a.m. at the church. Interment will be in the Franklin Cemetery. Memories and condolences may be shared with the family at www.webbmortuary.com

To order memorial trees or send flowers to the family in memory of Marvin Wing, please visit our flower store.
Send a Sympathy Card