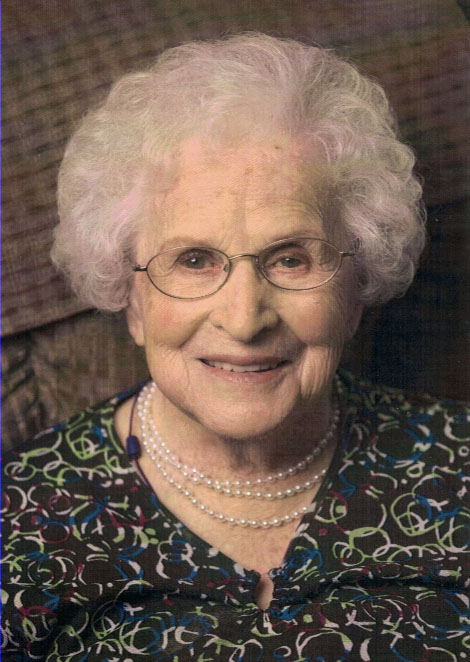 Our kind, loving, and very gracious mother, Margaret Marie Johnsen Rogers Clark, 97, passed away October 22, 2016 in Lewiston, Utah at the Sunrise Park assisted living center. Marie was born September 1, 1919, in Logan, Utah to Erastus Johnsen and Nellie Maria Merrill. She was the fifth of nine children, five of whom died at birth.

Marie was a lifelong learner and received her teaching degree at Utah State University. She started her long teaching career at Lewiston Elementary, as a young single woman. After her children were born, she returned to teaching at Preston Elementary where she taught for several years.

Marie lost her husband to heart complications on August 2, 1960 leaving her to raise five children. She wrote in her journal "what a time of sorrow, the thought of raising the children alone, was almost overwhelming." But our mom was always upbeat, and we never saw her sadness. In the Winter of 1968 she married Shirley Clark and helped raise his youngest children. His youngest, Jay was only six years old.

Mom and Grandpa Clark enjoyed music. Mom used to get up at five to practice the organ every morning before heading off to teach school. She played the organ and did programs with the Clark family throughout the valley. Mom was a good seamstress and often made dressed and clothes for her children and her grandchildren. She loved flowers and always grew a garden and canned and preserved food to help provide for her family. She crocheted beautiful afghans for her kids and grandkids. She enjoyed getting together with her family and friends to quilt and craft. She was a perfectionist in her work and a gracious hostess. She loved to cook and had boxes of recipes. One could never enter her home without being asked "would you like a bite to eat?" Some of our favorite dishes she made were plum pudding, pumpkin chocolate chip cookies and her famous orange pudding.

The most significant and resonating legacy of our mother was her love of her Heavenly Father and Jesus Christ. She had an unwavering testimony and a faith that brought her joy during many challenging times of her life. She lost her Stephen, a small boy of 7, her parents, and first husband in a short time. It was her faith and testimony that carried her through these hard times. She really lost herself in service to others and she always found joy, even in hard times - truly enduring to the end.

She is survived by her children (mentioned above), her grandchildren, and her stepchildren the Clarks and a sister Katherine (Kitty) Davis.

Funeral services will be held on Friday, October 28, 2016 at 12:00 noon in the Lewiston 4th Ward Chapel, 16 South Main in Lewiston Utah. A viewing will be held on Thursday from 6-8 p.m. at Webb Funeral Home in Preston and Friday from 10:30-11:30 a.m. at the church. Interment will be in the Lewiston Cemetery. Memories and condolences may be shared with the family at www.webbmortuary.com

The family would like to give a huge thank you to the Sunrise Park Assisted Living staff for their loving care an devotion. Also, a special thank you to her granddaughter and nurse Debbie.

To order memorial trees or send flowers to the family in memory of Margaret Marie Rogers Clark, please visit our flower store.
Send a Sympathy Card