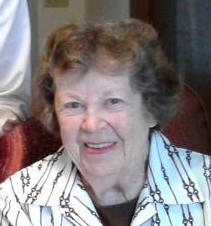 Margaret Jane Bailey Kerr Lunsford, 94, passed away Thursday, February 25, 2021 in Preston, Idaho. Margaret would have turned 95 on June 12, 2021. Margaret was born in Wellsville, Utah, the fourth of nine children, of Elmer and Margaret Kerr. She spent her early years in Fairview, Idaho, attended Preston High School and was active in the marching corps and sports. After graduating high school in 1944, she worked as a parachute rigger at Gowen Air Force Base in Boise during the war. She met Chris Lunsford in Boise and they married in 1945. After the war, they settled in Shreveport, LA., Chris's hometown. Margaret received her real estate license in 1949 and was active in real estate sales. She graduated from Vera Nell College of Cosmetology, attended classes at Louisiana State University, and also worked in radio and TV. She was a model for Mr. Lynn's Cover Girls, had a balloon business, was a private detective, and had her own magazine sales business. She and her husband owned Frontier Builders, and a car dealership, Pioneer Motors. Margaret was a Girl Scout leader for seven years, the first Primary president in her Louisiana LDS Branch, and she worked in the Young Women camping program. After her husband's death in 1989, she returned to Preston. She was active in the Church. In Preston she was in charge of the funeral dinners for eleven years, served in the extraction program, regularly attended the Temple, and was a faithful visiting teacher. She enjoyed sewing, gardening, working at the county fair, and provided transportation and service to the elderly. In recent years, a common sight was Margaret riding her scooter along the side of the Preston streets to go wherever she needed to go in town. She seldom traveled on sidewalks; the curbs were not friendly to her scooter. Margaret is survived by her four children Phillip, Rebekah, JoAnne, and Margaret, with numerous grandchildren and great-grandchildren. She is also survived by her brothers Thomas (Marilyn), a brother Allen (Paulene) and a sister Elva Atkinson and a sister-in-law Utahna Johnson Kerr. Funeral services will be held Saturday, March 13, 2021 at 11:00 a.m. at Webb Funeral Home in Preston, Idaho. Come celebrate her life Friday, March 12, from 6:00 to 8:00 PM. at the funeral home, (a mile south of Preston, Idaho, north side of US 91) or from 10:00 to 10:45 AM Saturday before the funeral. Services may be streamed live on Saturday at 11:00 a.m. MST at the following link https://youtu.be/UnNCQWcNyG0 Margaret will be buried in the Logan, Utah, Cemetery. Memories and condolences may be shared with the family at webbmortuary.com
To order memorial trees or send flowers to the family in memory of Margaret Jane Bailey Lunsford, please visit our flower store.
Send a Sympathy Card