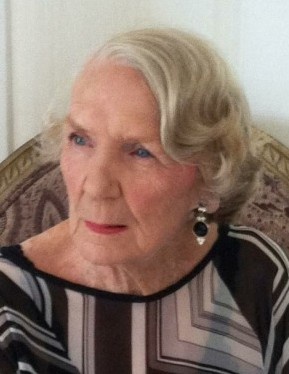 Marcella Head Merrill passed away on October 29, 2016. Marcella was born March 6, 1923 in Preston Idaho, the youngest daughter of Margaret Geddes and William D. Head. She attended school in Preston, ID. Marcella was proud to have served her country during World War II as a radioman in the WAVES. She married Austin Keith Merrill on May 12, 1946. After her marriage to Keith they moved to New Orleans where she graduated from Soule’ College of Louisiana. They raised their family in Manchester, CT and after Keith’s retirement, returned to their hometown of Preston, ID.

Marcella was an avid reader who loved a good mystery. Her favorite saying was “Life is good” and she enjoyed every minute of it. She fostered a deep love and appreciation for the beauty of nature and all living things. A classy lady and fun-loving mother, she will be deeply missed.

Inurnment will be in the Columbarium at Arlington National Cemetery. Arrangements are under the direction of Webb Funeral Home in Preston, Idaho. Memories and condolences may be shared with the family at www.webbmortuary.com

To order memorial trees or send flowers to the family in memory of Marcella Head Merrill, please visit our flower store.