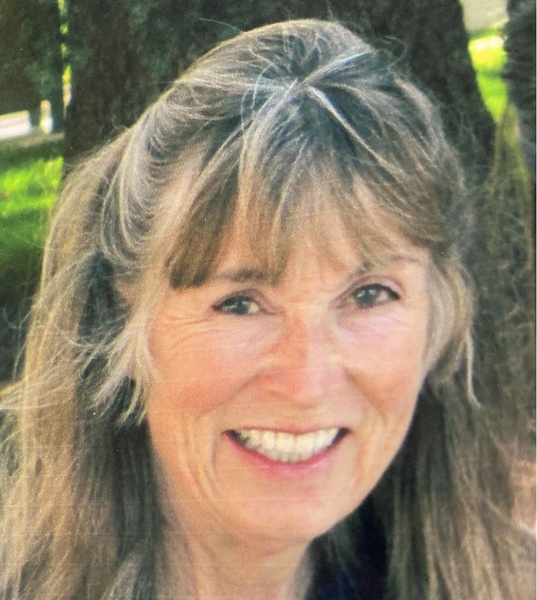 “Can ye look up to God at that day with a pure heart and clean hands … Can you look up, having the image of God engraven upon your countenances?” Alma 5:19
Our dear angel mother, Lynn Valerie Howard, passed from this life to the next on Sunday, August 8, 2021. She truly had the image of the Lord engraven upon her countenance. Jesus was her best friend and she was known to tell her daughters, “You need to think of the Savior’s love more and focus on the problems less. He is handling the problems.”
Lynn was born on April 14, 1951, in Seattle, Washington to her parents, Lawrence and Margaret (“Sunny”) Howard. Even from a young age she had the heart of a protector and a nurturer as she watched over her two younger brothers, Dean and Scott Howard. While growing up, she was convinced that there was greater happiness and blessings to be had as she actively searched for a true religion. At age 20, while riding a bus, she approached a previous high school acquaintance and asked her what church she belonged to, as Lynn had always thought the friend seemed “different”. The friend introduced her to two missionaries who taught her the restored gospel of The Church of Jesus Christ of Latter-day Saints. She joyfully was baptized on October 2, 1971 and remained faithful every day of her life since then. Her testimony of the gospel and her family were Lynn’s most treasured possessions.
Those same two missionaries introduced her to Robert Michaud shortly before she joined the Church. Lynn and Bob were married on August 8, 1972, and their sealing was performed in the Mesa Arizona Temple shortly afterward. They had six children together, five cherished daughters and one beloved son. The family moved often as Bob attended medical school and was stationed as a physician at several Air Force bases. In 1987, the family grieved the childhood death of their youngest child and only son after a car/bicycle accident when he was four. Mom has missed Richard for the past 34 years and we know that he was overjoyed to greet her last Sunday.
After Bob and Lynn’s marriage ended in 1999, she devoted her time to serving her children, grandchildren, and friends and neighbors - but especially the grandchildren. No grandchildren were ever loved more by a grandmother. Gramma Lynn adored her grandchildren and put hundreds of thousands of miles on her car driving to see them. She believed that they were all good and perfect and wonderful, even when they were not being good and perfect and wonderful.
Any free time Lynn had beyond taking care of her loved ones was devoted to three activities: her dedicated temple service, her precious genealogy, and hiking in her treasured pine-topped mountains. Other than the temple, the woods were where Lynn felt closest to God. Her favorite hiking spots were the ones with fragrant pine trees, especially the Pacific Northwest and the mountains of Juneau, Alaska. Hiking, though, was secondary to her love of temple and genealogy work. Lynn served as an ordinance worker in the Logan Temple since 2013 and she served there faithfully until this year when her health became too poor. She loved to be in the temple and would stay long past her shift to attend several more sessions. Similarly, she loved genealogy and finding her deceased family members. At last count, she had found and submitted 51,229 family names to receive their temple ordinances. We believe that the crush of spirits waiting to meet her and thank her and love her in the spirit world is going to keep her busy for a long, long time. We have asked her, though, to please not get so busy with all those family members on the other side that she forgets about watching over the rest of us still in mortality.
Mom taught her family - as well as all who knew her - how to live faithfully and, during the past three months, how to die peacefully. It has broken our hearts to see her suffer since she was diagnosed with uterine cancer. But in our heartache, we are trying to walk by faith each day, just as Mom showed us. The very last entry in her journal beautifully testifies, “There are blessings all along our way. Especially the sick, painful stretches of our way.”
Lynn is survived by her brother Scott (Jeanette) Howard, her 25 beloved grandchildren, and her five daughters who will miss her more than they can say: Jenny (Ben) Smith, Suzie (Craig) Campbell, Heather (Elden) Tolman, Tonya (Mikey) Brown, and Amber (Tyler) Leonhardt. She was preceded in death by her parents Larry and Sunny Howard, brother Dean Howard, former spouse Bob Michaud, son Richard Michaud, and grandson Evan Campbell.
A viewing will be held at the Webb Funeral Home in Preston, Idaho on Friday, August 13th from 6-8 p.m. and at the Dayton Chapel in Dayton, Idaho on Saturday, August 14th from 9:30-10:30 a.m. Funeral services will be at the Dayton Chapel on Saturday, August 14th at 11:00 a.m. The services will be streamed live and may be watched Saturday at 11 am (MST) by clicking on the following link: https://youtu.be/X0iZ9WLyCkY

Lynn's resting place will be in the Dayton Cemetery next to her grandson. Memories and condolences may be shared with the family at webbmortuary.com

To order memorial trees or send flowers to the family in memory of Lynn Valerie Howard, please visit our flower store.
Send a Sympathy Card