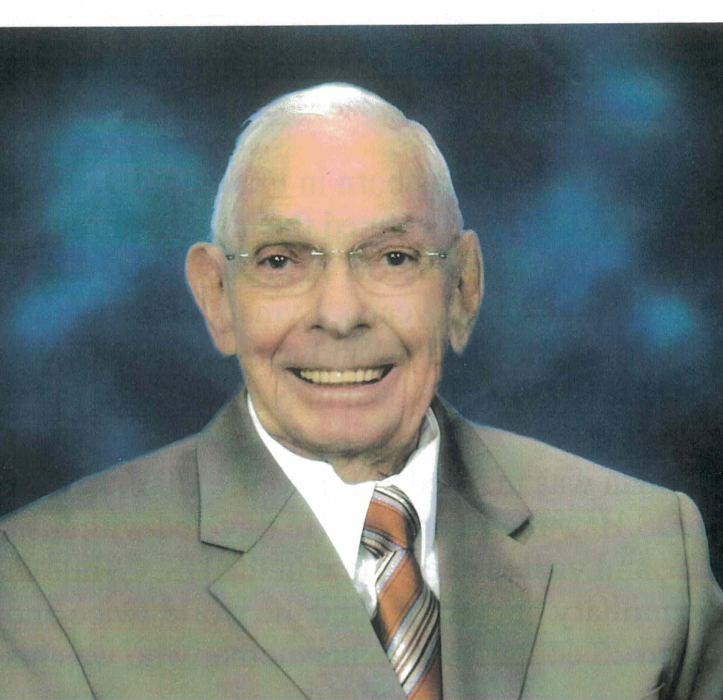 Leo Lyman Jensen died on September 28, 2016, in his sleep, peacefully, after spending the last 8 years at Terrace Grove in Logan, Utah. He thanks all those who watched over him there. Lyman was born in Franklin Idaho on February 6, 1923, so he was 93 years old. Lyman loved life and loved people.

Lymans father was Jens (James) Jensen and his mother Annie Charlottie (Lottie) Jensen. Lyman was very fond of Lottie and helped care for her most of her life. Lyman had 3 siblings, all deceased, (sister) Ellen Dorthea Jensen; (brother) James Alvin Jensen, and (sister) Virginia Jensen.

Lyman married Ida-Marie Clark Logan on May 3, 1968 in the LDS Hawaii Temple. Lyman had no children, but Lyman did adopt his sister Dorthea’s son, Lawray Johnson. Lyman and Ida-Maria loved children, so much so that a large portion of his estate is donated to Primary Children’s Hospital, to care for prematurely born children. They wanted to help these precious angels and their parents with the necessary medical care. Ida-Marie died on November 4, 2001.

Lyman and Ida-Marie traveled around the globe at least twice, while Lyman served as Major Quarter Master Crops in the Army, taking Lottie Jensen and Lawray, visiting these 28 countries. Lyman served in the Army from January 29, 1943 to July 1, 1968 (22 ½ years) when he was honorably released. Lyman joined the US Army while attending USU in Logan, Utah, entering through the ROTC program. Lyman fought in the “Battle of the Bulge” and was in the D-Day invasion at Omaha Beach in Normandy in 1944. Lyman loved the United States of America and loved to collect antiques and rugs from foreign lands.

Lyman loved the Logan 8th ward and his home there, called the River’s Edge. Lyman loved his property on Sumac Drive, where Lyman won Northern Utah’s Lot of the Year Award 10 years running from 1970’s to 1980’s. Lyman had a firm handshake, greeted others with respet, and cared for his loved ones and nieghbors. Lyman’s biggest disappointment in life was having no children of his own. It bothered him enough that he had Gordon B. Hinckley give him a blessing, after which Lyman faced his challenges head on with a wonderful attitute and spirit. Lyman had a close friendship with Ezra Taft Benson, from Whitney Idaho (near Franklin) and always talked fondly of his relationships with general authorities in the Church of Jesus Christ of Latter Day Saints, as well as the poor and afflicted persons whatever their station in life.

Lyman a member of and active in the Church of Jesus Christ of Latter Day Saints. He was a High Priest and served in many callings, some overseas in EuroAsia while in the military. Lyman helped whomever he could. On one occasion, an asian man without a leg was too poor to be buried in a nice cemetery so Lyman pre-paid for a nice burial plot and the entire service for this man, who was so grateful not to be buried in a shallow mass grave in a field. Lyman has loved helping and lifting others and befriended the out cast as well as those of nobility.  One of Lyman’s last callings was notifying Bishop Grant of any who were hospitalized, sick or afflicted, so they could be visited and cared for. Lyman often was the first to attend to their needs.

In Lyman’s younger days he loved to dance and titled himself a “dancing fool”. Lyman loved the theatrical arts and drama, donating to them when he could. Lyman loved to sing on Mother’s Day “You are a Wonderful Mother, Dear Mother of Mine.” He is famous in the 8th Ward Men’s Choir for carrying those with weaker voices in singing praises for Mother’s. Lyman loved dogs and cats, having at one time over 47 kittens. He took excellent care of his cats, even had a framed “kitty house” on the property. Lyman loved to support others celebrations, hosting weddings and parties on his River’s Edge property.

Lyman will be buried in the Logan City Cemetery. Graveside services will be conducted there on October 5, 2016 at 12:00 noon. All who knew Lyman are invited. Webb Mortuary in Preston Idaho is providing the last interment services and may be contacted regarding the service at (208) 852-0533.  Lyman was known by many, his influence was broad, his faith large, his love tender, and his contributions felt worldwide. He now enjoys the company of his dear wife and Mother, as well as several others who passed before him. As stated in the bible; “[he] died a good old age, an old man, and full of years; and was gathered to his people.” Genesis 25:8.  Memories and condolences may be shared with the family at www.webbmortuary.com

To order memorial trees or send flowers to the family in memory of Lyman Jensen, please visit our flower store.
Send a Sympathy Card