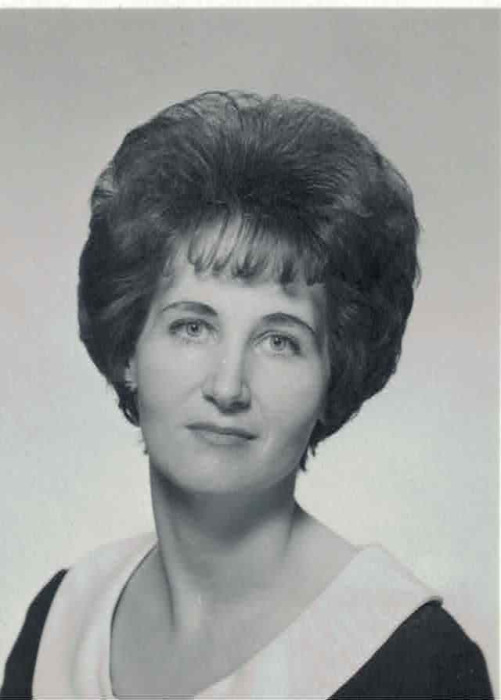 Lyllis Shepherd Tippetts was born May 30, 1934 in Paris, Idaho and died December 3, 2016 at home due to complications of Parkinson's Disease.  She was the daughter of Eugene and June Shepherd. She moved to Montpelier, Idaho prior to starting school and lived there until she finished high school. She became proficient on the piano at an early age and with her sister Lynn Passey entertained at the State Lions Club Convention in Sun Valley, Idaho. They also put on a concert consisting of piano and organ solos and duets in Montpelier prior to finishing high school. Later in life she soloed and accompanied the Long Beach Symphony in California and the Mormon Choir of Reno, Nevada. She taught piano lessons everywhere she lived until the last ten years of her life. A story persists about one student who wouldn't practice as Lyllis thought he should. She told his parents they were wasting their money on him, so they let him quit. Years later he married her daughter and teased Lyllis about it ever since.

She was an active member of the Church of Jesus Christ of Latter Day Saints and served as the Ward Organist in Montpelier, Idaho, Hawthorne, California, Manhattan Beach, California, Reno, Nevada and Nibley, Utah. In Nibley she was also Young Women's President. She served as Ward Relief Society president in Manhattan Beach, and Reno, Nevada. In Montpelier she was Stake Young Woman's president. In Hyrum, Utah she was chairwoman of the Stake Sesquicentennial Celebration. She worked in the Logan Temple for three years.

She married LeVell Tippetts in the Logan Temple June 9, 1953. She raised four daughters and six sons, acquired six daughters-in-law, three sons-in-law, 42 grandchildren and 32 great grandchildren. Thirty-two of her children, grandchildren and spouses have served full time missions including her six sons and one daughter. She was preceded in death by one grandson, Braden Tippetts, one son-in-law, Daniel Kunz, and her parents, Eugene and June Shepherd. She is survived by her sister Lynn Passey.

Funeral services will be held on Saturday, December 10, 2016 at noon in the Whitney Idaho LDS Church.  Friends may call Friday from 6-8 p.m. at Webb Funeral Home, 1005 South 800 East, Preston, Idaho and Saturday from 10:30-11:30 a.m. at the church.  Interment will be in the Whitney Cemetery.  Memories and condolences may be shared with the family at www.webbmortuary.com

To order memorial trees or send flowers to the family in memory of Lyllis Tippetts, please visit our flower store.
Send a Sympathy Card