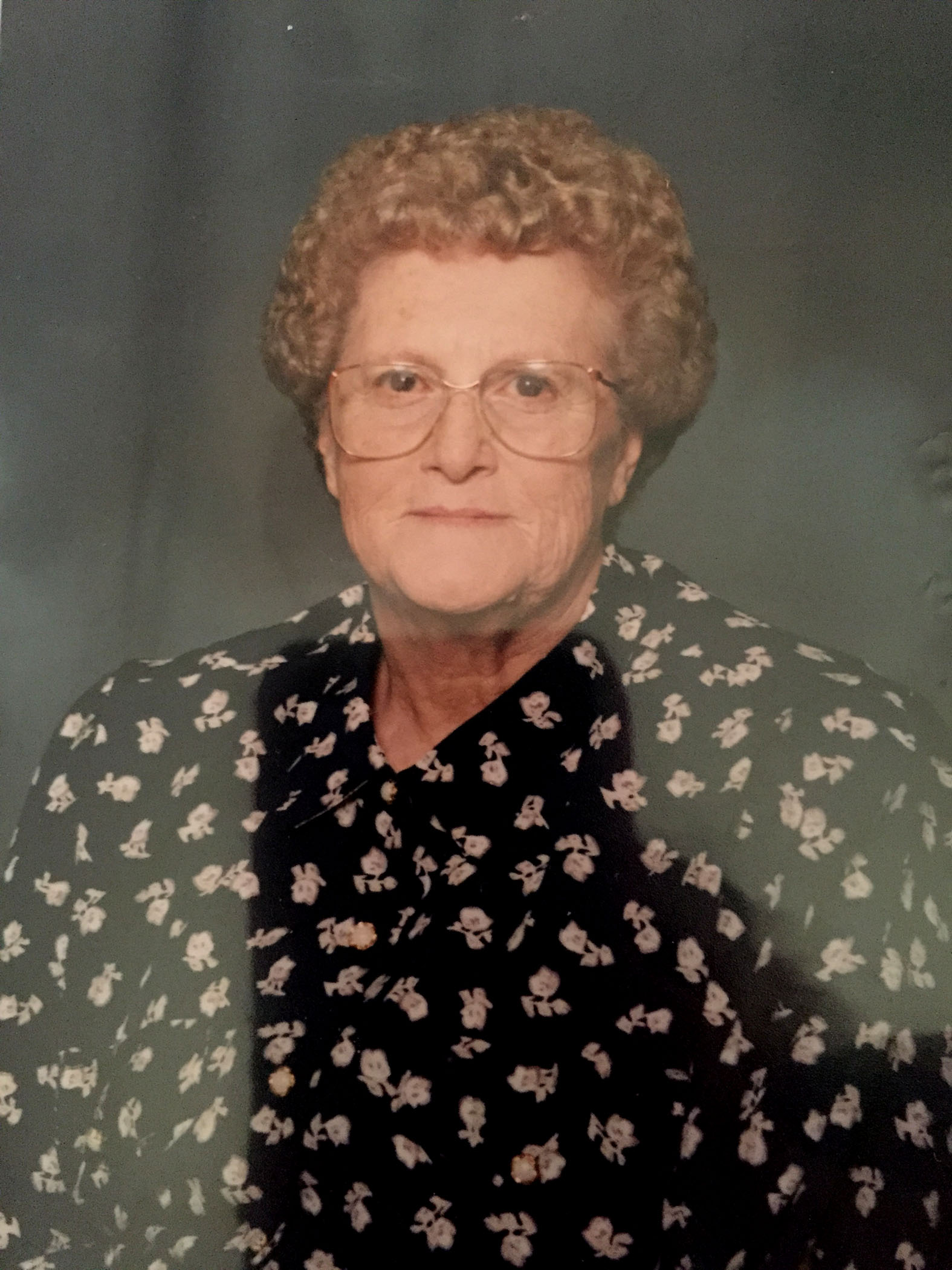 LuDeen Godfrey Jacobson 85, passed away August 5, 2015 at the Franklin County Medical Center from complications after surgery. She came into this world on December 14, 1929 to Vivian Larsen and Elwin Henry Godfrey in Clarkston, Utah. She was one of nine children and learned early on the importance of family. She married Julius Ronald Jacobson on September 22, 1948. They were later sealed for all eternity in the Logan, Utah temple.

They had four loving children Blaine (Thelma), Garth (Cindy), Karen (Kevin) Kirkham, and Christy (Kim) Jones. LuDeen lived for her family and spent most of her life tending to their every need. She retired from the Cache Valley Dairy in 1993. She kept an impeccable yard and continued to mow it herself until late into her eighties. She will be missed dearly by her three surviving children, eight grandchildren, and 27 great-grandchildren. She was preceded in death by her eight brothers and sisters, her husband Julius, daughter Karen, and great-grandson Braxton.

To order memorial trees or send flowers to the family in memory of LuDeen Godfrey Jacobson, please visit our flower store.
Send a Sympathy Card