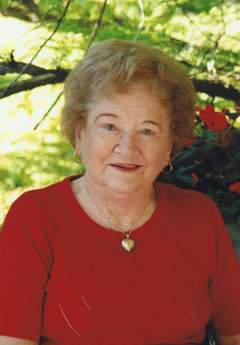 Lottie Buttars Phillips, 91, passed away peacefully in Preston, Idaho on June 18, 2016.  Lottie was born on January 20, 1925 to Harvey Louis and Lottie Jardine Buttars in Clarkston, Utah.  She was named after her parents because they did not think she would live long due to complications during her birth.  She proved them wrong and lived through one of the most dynamic centuries in history.  She went from riding her horse to school during the Great Depression to FaceTiming her grandchildren and great children in the twilight of her life.  During World War II, Lottie learned to rivet on airplanes at Utah State, and she worked at the Logan Knit.

After the war, she met and married the love of her life, Dean Phillips.  Lottie and Dean made their home in Preston, where they raised their children Dorothy and Larry.  Lottie was a hard worker.  She spent many years getting up at 5:00 a.m. to work in the cafeteria at the hospital.

Lottie served in many church callings, including in the Primary, Mutual Improvement Association, Sunday School, and Relief Society.  Her favorite calling was working with the Young Women, many of whom she kept in contact with throughout her life.  She had a strong testimony and taught her family by example.

Lottie loved to dance, especially to band music.  She also loved all kinds of sports.  She played church softball into her 70s and golfed and bowled well into her 80s.  She loved playing badminton, croquet, basketball, and baseball with her grandchildren.  She was especially skilled at playing around the world on the hoop in her driveway.  Lottie was also devout fan of the Atlanta Braves and Utah Jazz.

To order memorial trees or send flowers to the family in memory of Lottie Phillips, please visit our flower store.