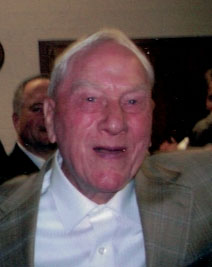 Lorin D. Winger and his twin sister Lorraine were born June 7, 1918 in Salt Lake City, Utah to Loren A. Winger and Hazel Williams. At the time of their birth their Dad was serving in WWI and did not get to see his first babies until they were a year old. Dad grew up in Riverdale and Preston, Idaho, on a farm with 6 sisters; Lorraine, Bernice, Zelma, Audra, Josephine and Laura Jean. He married Roma Neeley on April 30, 1939, in Logan, Utah. They were later sealed in the Salt Lake City Temple. They had three daughters. They were later divorced.

He served in WWII in the US Army, after the war he moved his family to Bremerton Washington, and worked as a welder in the Bremerton, Washington Navy Ship Yard. Later in life Dad and Mom owned and operated two Arctic Circles; the first in Soda Springs, Idaho and the second one in Everett, Washington.

He was preceded in death by his parents, four sisters, 6 brother-in-laws, and 2 grandsons, and 1 great grandson.

The family would like to thank the George E. Wahlin Nursing Home for the excellent care of our Dad.

To order memorial trees or send flowers to the family in memory of Lorin D. Winger, please visit our flower store.
Send a Sympathy Card