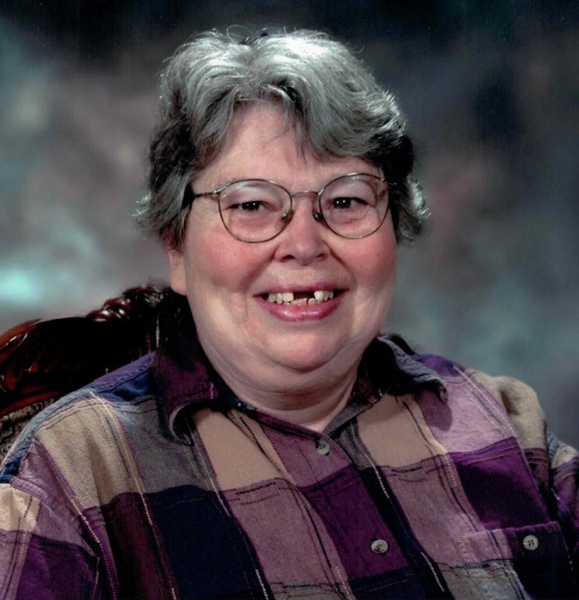 Loretta Sue Crawford went beyond the veil at Portneuf Medical Center in Pocatello, Idaho on August 31, 2019 to be returned with her loved ones.

Loretta is hard of hearing and attended Utah School for the Deaf in Ogden during her school years until she graduated in 1976.  She also graduated from Seminary of the Church of Jesus Christ of Latter-day Saints.  After graduation, she married David Thompson of Ogden and they had a daughter.  She was later married to Robert Wayne Cole, Jr. and had four sons.

Loretta relocated to her hometown, Ely, from Utah with her four boys to provide them a better life.  After residing in Ely for most of her life, she relocated to Preston, Idaho to enjoy peace and rest.  Despite a difficult life with much sorrow and pain, Loretta lit the room with her kindness, forgiveness and boundless love.  She will be missed by those who love and admire her.  She is survived by a daughter and four sons and grandchildren.

A sincere thanks and appreciation to the many staff members and friends from the Heritage Home.   Through their love, concern and kindness, they have truly made it a home for Loretta for the past 13 years.

Funeral services will be held on Thursday, September 5, 2019 at 11:00 a.m. at the Heritage Home, 155 E. 300 N., Preston, Idaho under the direction of the Legacy 2nd Branch of the Church of Jesus Christ of Latter-day Saints.  Friends may call Thursday from 10-10:45 a.m. at the Heritage Home.  Interment will be in the Preston Cemetery.  Memories and condolences may be shared with the family at www.webbmortuary.com

To order memorial trees or send flowers to the family in memory of Loretta Sue Crawford, please visit our flower store.