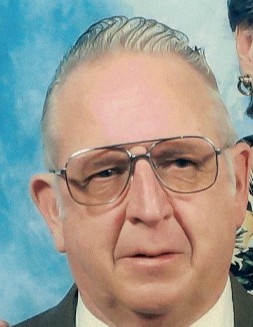 Loren M. Murray, 86, passed away May 30, 2019 at Logan Regional Hospital after a valiant fight from complications due to a stroke. Loren was born October 17, 1932 to Lorenzo and Olive Murray in Richmond, Utah.

After high school he served his country during the Korean War as a military police officer in the Army. When he returned home he married Peggy Ann Tripp in the Salt Lake City Temple on August 25, 1958. He was employed at the old Milk, Cheese Factory in Richmond, Utah.  He then worked until retirement in the boiler department at Utah State University.

Funeral services will be held Wednesday, June 5, 2019 at 11:00 a.m. at the Richmond City Creek Ward Chapel, 150 South 100 East, Richmond, Utah. Friends and family may call on Tuesday from 6:00-8:00 pm at the church and then again prior to the funeral from 9:30-10:30 a.m. Interment will be in the Richmond, Utah Cemetery. Memories and condolences may be shared with the family at: webbmortuary.com

To order memorial trees or send flowers to the family in memory of Loren M. Murray, please visit our flower store.
Send a Sympathy Card