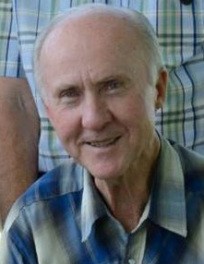 Loren Michael Lund, 73, passed away peacefully on Monday, March 29, 2021 in Providence, UT, surrounded by his family after a brave battle with Glioblastoma.  Loren was born in Preston, ID to Fred Baker Lund and Emma Margrethe Gregersen on September 18, 1947.  He attended Preston High School where he graduated in 1966. He went on to serve a mission for the Church of Jesus Christ of Latter-day Saints in Texas.  Upon returning home from his mission, he attended Idaho State University where he studied auto body and fender work. He was very active in his singles ward where he enjoyed skiing, taking a trip to Hawaii and cruising in his green Dodge Hemi Charger.  He loved working with his Shire horses and showing them at the local fairs.   Loren married Julie Swanner in 1974 in the Logan Utah temple and to this union, 4 children were born.  They later divorced.  Loren lived in Preston, Idaho where he worked at West Motor as an auto body technician and at Presto in Lewiston, Utah. After he retired, Loren worked as a service missionary for Deseret Industries in Preston.  He enjoyed his time there and people he worked with. Loren spent a lot of time with his children and grandchildren and found great joy in serving, playing and teasing them.  His laugh and smile will be greatly missed. Loren is survived by his children, Justin (Zuli) Lund of Nibley, Utah; Shawn (JaNea) Lund of Preston, ID; Amanda Christian of Logan, Utah and Alysia Lund of Logan, Utah; 11 grandchildren and 1 great grandson and by his brothers Ronald (Kay Lynn) Lund of North Salt Lake, Utah and Gregery (Donna) Lund of Trenton, Utah.  He is preceded in death by his parents, his sister Joan Methe Phippen and brothers Ernest Hugh Lund, Fred Bernard Lund, and Warren Gene Lund. As a family we would like to thank the staff and doctors at the Intermountain Cancer Center in Logan, Utah and Cache Valley Assisted Living in Providence, Utah for their loving care of our father.   Funeral services will be held on Monday, April 5, 2021 at 11:00 at the Winder Ward, 4400 North 1600 West, Preston, Idaho.  Viewing will be that morning from 9:30am-10:30am at the same location. Interment will be in the Preston Cemetery.  Memories and condolences may be shared with the family at webbmortuary.com
To order memorial trees or send flowers to the family in memory of Loren Michael Lund, please visit our flower store.
Send a Sympathy Card