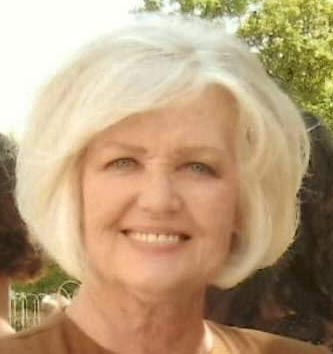 Lois Kay McCarrel Borklund, 83, passed away in Cove, UT, surrounded by family on September 13, 2019. She was born to Jesse LeRoy McCarrel and Elvira Thomine Christensen on March 10, 1936 in Preston, ID. She was the youngest of six children. She moved to Ogden,UT as a child and graduated from Ogden High School.

She met her beloved Karl Randall Borklund while she was driving one summer evening in her convertible. They noticed each other at the stoplight, she went “beep-beep,” he made a u-turn, and six months later they were engaged. They married on June 14, 1956 in the Salt Lake Temple. They moved to the southern California area where they were blessed with three children: Kathleen, Susan, and Chad. The family switched up the big city for the country life with a move to Soda Springs, ID, where Karl and Lois enjoyed many years with their growing children. Once retired they moved back to the Wasatch front, choosing Elk Ridge UT, because they were drawn to its beauty. Elk Ridge was a blessing to them--a place where they built a lovely home and made friends for life. After Karl passed away in 2016, Lois moved to North Logan and made a cozy home in the Towne Center Villas.

Wherever she lived, she created a beautiful environment, designing a yard and a home that enhanced the neighborhood and drew people to her. She had an attention to detail, as artists do, because she was an artist. She took up painting, particularly watercolor, in her later years. She discovered her love for music as a teenager and that passion continued throughout her life. Lois had a beautiful soprano voice, a gift that blessed the lives of many people. She was a talented seamstress, sewing most of her own clothes and many home furnishings.

She had an elegance and poise about her, which people noticed and complimented throughout her life, as well as a youthfulness--no matter her age--and it was contagious. She loved to surround herself with people, and people loved her. Lois was the life of the party. She loved holidays, decorating the inside and outside of the house, and her family loved gathering there.

Lois was an active member of The Church of Jesus Christ of Latter-day Saints, serving in various positions throughout her life. She often served as the ward chorister, a position she loved. It was always a joy to sing when Lois was leading the music. She and Karl served missions to San Bernardino, CA, and Nauvoo, IL. Nauvoo was a thrill for her, as she acted as tour guide dressed in her hand-made period costumes during the day, and singer/entertainer in the evening shows.

When she was a little girl, her uncle teased her about looking like a neighbor boy, Sammy, and the name stuck. All her family on the Christensen/McCarrel side still call her “Sammy.” She loved her family deeply. She loved her grandchildren and her great-grandbabies, who gave her so much joy in her later years. As she came home on hospice, we gathered around her. She told us of her love and said, “Be true.” She was happy to return to her Karl, her partner of sixty years. Her wishes were fulfilled and we are all at peace with that. We love you, Mom and Dad.

To order memorial trees or send flowers to the family in memory of Lois Kay Borklund, please visit our flower store.