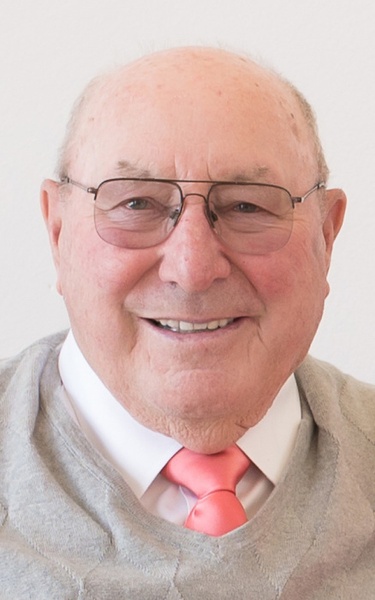 Lin lived his entire life in Whitney and was proud to claim Whitney as his home.  He attended school in Whitney and then went to Preston for high school.  He met his high school sweetheart, Anne Bennett, during Seminary class at Preston High.

Early in his married life, Lin farmed with his Dad in Whitney for many years.  Later he became a dairy cattle trader, working with dairy farmers in the entire intermountain area.  He was a part owner of the Smithfield Livestock Auction for many years.  In 1975, he also invested in a new bank in Logan, Utah, which later became Cache Valley Bank and in his later years he devoted much time and effort to the banking business.

Lin's early church service was with the Explorer Scouts.  He later served as a Bishop's Counselor, High Counselor, and Bishop. Lin and Anne served a mission in the Canada Halifax Nova Scotia Mission in 1993-1994 and later served two missions in Salt Lake City on Temple Square, a short term mission at the Hill Cumorah during the pageant in 2000, and a short term mission on Temple Square during the 2002 Winter Olympics.   Together they served as ordinance workers in the Logan Temple for many years.

Lin had the ability to connect with people.  He showed an interest in people and he made friends out of strangers very quickly.   He loved his grandchildren and great-grandchildren and had a nickname for almost all of them.  They loved to come to Whitney to visit Grandpa and Grandma.  He made the grandchildren feel special.

Funeral services will be held on Monday, March 25, 2019 at 11:00 a.m. in the Whitney Ward Chapel in Whitney, Idaho. A viewing will be held Sunday from 6-8 p.m. at Webb Funeral Home, 1005 South 800 East, Preston, Idaho and Monday from 9-10:30 a.m. at the church.  Interment will be in the Whitney Cemetery.  In lieu of flowers, please consider a donation to the Church of Jesus Christ of Latter-day Saints Missionary Fund.  Memories and condolences may be shared with the family at webbmortuary.com

To order memorial trees or send flowers to the family in memory of Linden Dennis Beckstead, please visit our flower store.