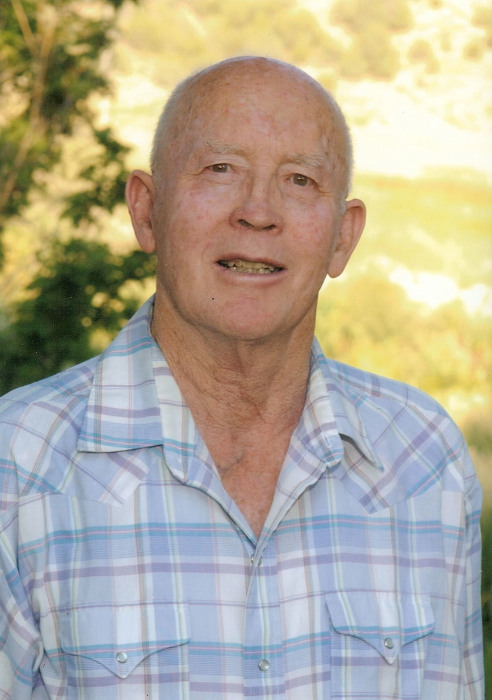 Lewis Frost Wiser returned to his heavenly home on December 3, 2016. Lewis was born on October 30, 1930 in Lewiston, Utah to Lorin Frost and Eliza Lewis King Wiser. He was the youngest of five children. Lewis grew up in Lewiston and went to school at Lewiston Elementary, Lewiston Junior High, and North Cache High School in Richmond, Utah. After high school, Lewis went to BYU until he was asked to come home and run the farm while his brother had cancer. He was called on a mission but because the draft was still in effect, he was not allowed to go until he had fulfilled his military obligations. He spent two years in Germany as a United States soldier from April 1954 to March 1956. Then he was allowed to go on his mission in the Sothern Far East Mission. He served in Taiwan for three years where he helped open up new areas of the mission. During his mission his mother passed away. This was very difficult for him but he finished out his mission faithfully. When he returned home he enrolled in Utah State. He met and married the love of his life, Louise Bright. They were married on March 25, 1960 in the Logan LDS Temple. Together they raised eleven children, 9 boys and 2 girls. Lewis was always active in the LDS church. He was a man of incredible faith. He enjoyed callings such as Cub Scout master, home teacher, various priesthood assignments, and he loved going to the temple. Lewis also loved being a farmer in Lewiston. He loved the land and he loved those silly cows. He taught his children to be honest, hardworking and resourceful. Lewis loved learning and graduated from Utah State University and from LDS Institute. He had a great sense of humor, enjoyed winning games of intellect, and spending time with his family, especially outdoors.  He was resourceful and could fix any piece of equipment or build any contraption.

To order memorial trees or send flowers to the family in memory of Lewis Frost Wiser, please visit our flower store.