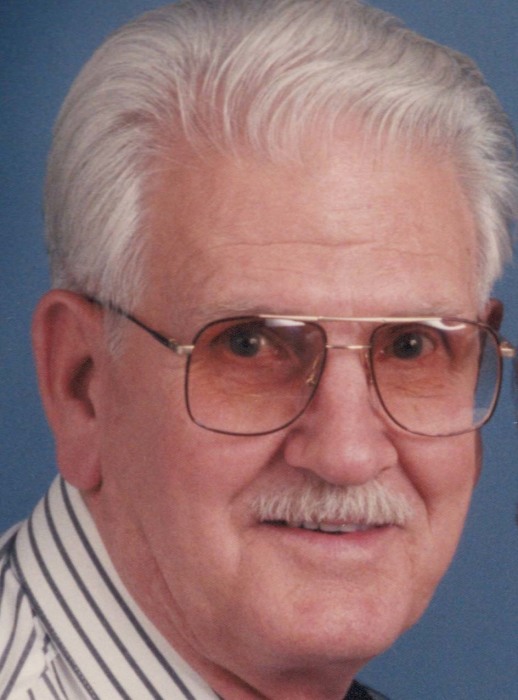 Leland N Barnes was born April 6, 1925 in Kaysville Utah to Nimrod Barnes, and Hannah Ethel Kingsford Barnes. He passed away peacefully early May 14, 2019 at the age of 94. As a young boy he earned money mowing lawns and repairing bikes. Much like today, this taught him the work ethic that we know of as the "Greatest Generation".  Leland loved Mechanical devices, cars, motorcycles anything with and engine. The Great Depression taught him to rely on his own skills and forethought. Developing his ability to fix the problem. On his 17th birthday in 1942, four months after the start of WWII he enlisted in the U.S. Navy. He was stationed aboard the USS Salt Lake City. The ship that was called "The one ship fleet". He was Engaged in every major Pacific navel battle throughout the entire war. The battle of Kiska Alaska was the only battle fought during the war on U.S. soil.  During his time on board he volunteered for the aviation department. With his skill and knowledge of mechanics he became an aviation machinist mate and swiftly rose to 2nd class petty officer. Often having the duty to fly as a rear gunner in the OS2U King Fisher.

After the war, he met the love of his life, Darlene Green. They married August 5, 1950. He worked for the civil service of Hill Air Force Base and became an inspector and worked on prototype turbine engines. He became proficient as to the maintenance of the F89 fighter Jet. He was flown across country to help diagnose and repair the futuristic planes for the U.S. Air Force. He retired from his service in 1962.

Leland moved his family to Coeur d' Alene Idaho. Then in 1973 He moved to Rathdrum, Idaho where he carved out a home he built with the help of his family. Building and repairing homes was a great part of his life. He retired from J.C. Penney in May 1987. In 1991 He and his wife volunteered at Fort Stevens on the Oregon coast. He moved to the Twin Falls, Idaho area in 2001. In 2008 they served a mission in Cove Fort, Utah for the Church of Jesus Christ of Latter Day Saints. He spent many years as a snow bird with Darlene traveling back and forth between Arizona and Idaho.

He is survived by his wife Darlene Green Barnes, and four children, Patricia Ann (James) Henderson, Cynthia Leigh (Marshall) Talbot, William Roger Barnes, and Steven Keith Barnes, 30 grandchildren and 65 great grandchildren. He is preceded in death by his parents, a brother, Elmo, and a sister, Levona, and one son, Kerry Lynn Barnes.

Now we face the sad fact that one more hero has gone home. Home, the place beloved and provided to us by God. The place where heroes go. Our country has lost one USS soldier/sailor to give guidance at times needed. We pray that we all have listened and embraced the guidance of our father and that we may pass them to our own sons and daughters.

To order memorial trees or send flowers to the family in memory of Leland N. Barnes, please visit our flower store.
Send a Sympathy Card