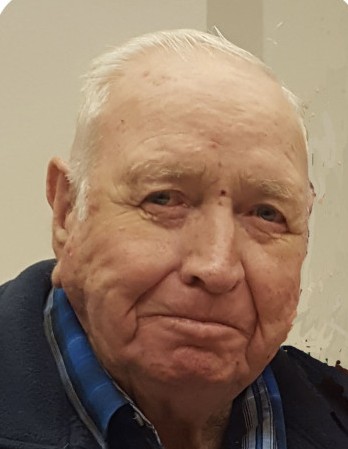 LaVern Caldwell Talbot, 83 passed away Thursday, October 22, 2020 at home surrounded by family. Vern was born in Winder, ID on December 14, 1936 to Clarence Earl Talbot and Mary Elizabeth Taylor. He married the love of his life, Margaret Ann Skeen on June 20, 1958 in the Logan LDS Temple.

Together they raised nine children, a total of eight sons and one beloved daughter. He always said, “they come cheaper by the dozen.”  Vern taught his children how to work hard on the family dairy farm. They cherish the memories of working side by side, learning all he had to teach them. Generations upon generations were taught by his great wisdom. The farm was so important to him and his legacy will live on with the third-generation dairy, having been established as the LaVern Talbot & Sons Dairy. Dad was always up early and made his rounds fulfilling the alarm clock responsibility. He would say “You’ve got to get up, to get that good early morning air.”

He was a member of The Church of Jesus Christ of Latter-day Saints and had a very strong testimony of Jesus Christ and missionary work. He supported countless missionaries during his life and was always encouraging the Lords work to everyone he met. Vern served in many callings in the church, including several leadership callings, but by far his favorite was the church boys softball coach. He had a testimony of prayer and priesthood blessings. He would counsel his children and grandchildren to pray with their spouses daily and pay their tithing.

Vern and Margaret recently celebrated 62 years of marriage. Dad was a great provider. Mom never had to worry and always had what she needed. He would tell mom, “Do you want it, or do you need it?” To his surprise mom would reply, “I want it AND I need it.” He was a great support to his grandchildren and enjoyed watching all the sporting events they were involved in. Dad was very influential to his children and grandchildren and would check in with them regularly. He was a walking phone book and knew everyones phone number. If he had to leave a message he would say, “Put your ears on.” His visits and calls will be missed dearly.

We love you Dad and your influence will always be in our hearts. The revelation you were given many years ago, that your posterity would regard you as “Beloved” has been fulfilled.

Military rites and interment will be in the Preston Cemetery.  Memories and condolences may be shared with the family at webbmortuary.com

To order memorial trees or send flowers to the family in memory of LaVern Caldwell Talbot, please visit our flower store.
Send a Sympathy Card