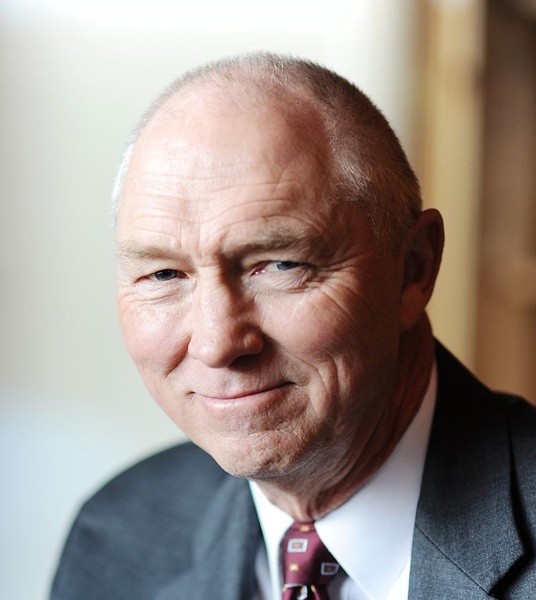 Lauritz Kay Smith, 72, passed away peacefully Thanksgiving morning, November 25, 2021 in Dayton, Idaho surrounded by his family. He was born June 4, 1949 in Murray, Utah to his excited parents, Kay Lauritz and Norma Boulter Smith. He was raised on a poultry farm in the foothills of Draper, Utah where he learned to work and gained a lifelong love of animals and nature. Lauritz graduated from Jordan High School in 1967 and was later called as a missionary to the Southwest Indian Mission, where he gained an unwavering love for the Navajo culture, people from all walks of life, and Jesus Christ. He had met a cute gal, Lynda Jarvis, in high school and upon his return they reconnected with each other and have rarely been apart since. Lauritz and Lynda were sealed for time and eternity in the Salt Lake Temple June 10, 1971. They were blessed with eight children whom he loved dearly.


Together, they started their adventures in humble circumstances and yet, were always blessed to have the necessities of life. Lauritz began a lasting career in agriculture and was proud and felt very blessed to be a farmer. He managed many dairies throughout Utah and continued doing so by making big moves with his family to Alaska and eventually Idaho. During those many moves, he was always thankful for his employers and those who worked for him. He helped each of his children and many young men learn to understand the importance of work and a job well done. After years in the dairy industry, Lauritz finally got a place of his own in Dayton, Idaho where he felt so blessed to raise hay, registered Angus, and Australian Shepherds.

Lauritz was a true lifetime learner who loved books and reading. As a result, he always had something he could talk about with anyone. Whether it was stacks of books from the library, farming magazines, seminars, or the wisdom of others, he sought out and was capable of soaking in knowledge and information in ways that astounded his family. He made sure his children and grandchildren knew the importance of learning and progressing - intellectually, spiritually, and in all other ways.

His wisdom was only rivaled by his wit and sense of humor. Lauritz always had a joke, pun, or story that you knew would put a smile on your face and often resulted in his eyes watering as he tried not to laugh at what he had just shared. These little moments and his genuine care and conversations will be missed by many. He saw the beauty and power of the simple things and appreciated every raindrop, bowl of ice cream, and person who touched his life.

Our husband, dad, grandpa, brother, and friend Lauritz Smith loved the Lord and lived his life with faith in every footstep. He served faithfully in many church callings over the years, including many years on the High Council and as Bishop. He loved serving others and never felt it was a burden. He was famous for making and sharing his fry bread with family and friends. Just a few years ago, he was able to return with Lynda to serve a mission in the Farmington New Mexico Mission where they offered love and service to the Navajo people whom he loved so dearly. Together, they have also served faithfully in the Logan Temple where Lauritz was able to make many dear friends. He was anxious to move on to the next thing and while we will miss him terribly, we know he will be busy continuing his example of diligent service.

Funeral services will be held Wednesday, December 1, 2021, at 11:00 a.m. in the Clifton First Ward Chapel, 170 W 100 N, Clifton, Idaho. The services will be streamed live and may be watched Wednesday at 11 am (MST) by clicking on the following link:

A viewing will be held at the Webb Funeral Home, 1005 S 800 E, Preston, Idaho on Tuesday evening, November 30th from 6:00-8:00 p.m. and Wednesday, December 1st from 9:30-10:30 a.m. at the church prior to the funeral. Burial will be in the Dayton City Cemetery. Memories and condolences may be shared with the family at webbmortuary.com

To order memorial trees or send flowers to the family in memory of Lauritz Kay Smith, please visit our flower store.