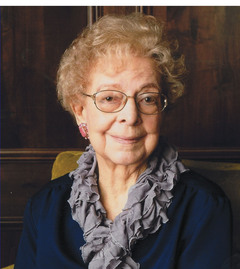 LaRue Fisher Burrup Johnson (1920-2016) LaRue was born on 11 January 1920 in the home of her parents in Oxford, Franklin, Idaho. She passed away on 16 February 2016 in a son’s home in South Jordan, Utah. She was the fourth child of Albert Lee Fisher and Selma Matilda Olson. LaRue grew up in very rural circumstances. Her father was a farmer by trade and while the boys worked on the farm she was busy in the home with her Mother. They raised most of their own food and everyone worked hard in order to survive the difficult economic time of the 20’s and 30’s. Regardless of the hard times their home was filled with love.

Entertainment was pretty much homegrown. LaRue, siblings and friends played marbles, kick the can, run sheep run and ran races. On weekends they danced at the church. All the community was invited and they learned to dance the waltz, foxtrot, and tango. There was an annual contest and the best dancers advanced to Stake Dances and the winners there went on to Saltair in Salt Lake for the finals.

LaRue attended grade school in Oxford through the eighth grade. She was then bused to Downey, Idaho where she graduated from High School in 1937. Her father insisted that his daughter would be educated. It was necessary for her to earn tuition money and she and a friend moved to Ogden, Utah to work in a laundry.  Her father worried about her living so far away. Together they arranged for a bank loan so she could continue her education. In January 1938 she moved to Pocatello, Idaho to begin college at the University of Idaho, Southern Branch. It was here that she met and was courted by Melvin L Burrup. After completing her Associate Degree in Education she taught elementary school in Weston, Idaho, earning money to pay back the bank loan. Melvin, now a registered pharmacist, worked at a Pharmacy in Shelley, Idaho and their courtship continued by mail. By Christmas Melvin moved to Preston, Idaho to work at Foss Drug to be closer to her. As soon as LaRue completed her first year of teaching LaRue and Melvin were married in the Logan Temple on May 28, 1941.

They moved to Bountiful, Utah for Melvin to work at Bountiful Drug. While living in the Salt Lake area Melvin also worked for Walgreen Drug. He worked mostly long shifts and long late hours.  They tired quickly of being apart so much and had a strong desire to be closer to family in Idaho. They sought employment closer to home with no night shifts and found a job in Buhl, Idaho. This too was not close enough for them.  By early 1942 LaRue, her mother Selma, and her sister-in-law, Maxine, were all pregnant.  Mom returned to help her Mother with her newborn but then returned to Buhl. Shortly thereafter Melvin got the good news that a pharmacist, Homer Johnson, in Preston had been elected to the Idaho State Senate and wanted Melvin to come to work for him.

At last they were able to fulfill their dream of being close to both families and they moved to their permanent home in Preston, Idaho. After a few years of working for what later became their competitors they opened their own drugstore, Mel’s Drug. They owned and operated this store in three different locations until 1981. Life was good for them and they were close to family which was extremely important to them. They had seven children from 1942 to 1957. They soon outgrew their home on 4th South and a new home was built on Valley View Drive. They moved into their new home in 1958 and it remains in the family today. Everything they hoped for became a reality.  Booming business, healthy family, great friends, church callings, close family ties, grandchildren, and many more blessings came their way.

That was the case until late August of 1981 when Melvin suffered a heart attack and later a stroke.  He was hospitalized in the Logan Hospital and never regained consciousness. He passed away on 13 September 1981 and Mel’s Drug was sold. LaRue had already resumed teaching school in Preston Elementary schools and she continued teaching until her retirement. LaRue had many Church callings but among her favorites were Primary President, Mutual Beehive Teacher, and Temple Worker.

LaRue was not happy being alone, she was young, only 61, and still had many years ahead. After 6 years of being alone an acquaintance of many years and dance club member of earlier years invited her to ride with him to the Logan Temple where they were both serving. The commuting to the temple soon led to courtship and engagement.  In 1987 she married Voris E Johnson. Voris only had one son, Clark, so he had plenty of time to make sure LaRue could have adequate time with her children and rapidly growing family. LaRue and Voris were married for 19 years until he also preceded her in death on 26 December 2006.

She is survived by three sisters-in-law, Maxine, Jean and Val Fisher. She was preceded in death by her parents, four brothers, Allen, Elden, Leon, and Douglas Fisher and by two sisters-in-law, Marilyn and Carolyn Fisher. LaRue has been extremely blessed with a wonderful family, supportive and caring members on both the Fisher and Burrup sides of the family. On Melvin’s side of the family LaRue was the last sibling-in-law or sibling.

To order memorial trees or send flowers to the family in memory of LaRue Burrup Johnson, please visit our flower store.
Send a Sympathy Card