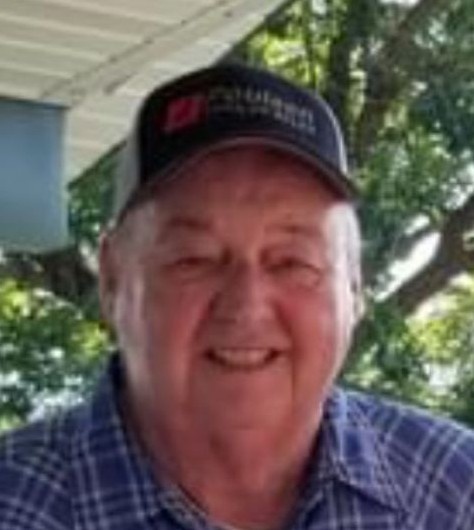 Larry Delos Higgins peacefully passed away at his son’s home with his family around him in Syracuse, Utah Saturday April 2nd 2022 at the age of 86.

Larry was born October 20th 1935 in Lava Hot Springs, Idaho to parents Elden R Higgins and Gladys Tennessee Robertson. He was the 3rd of 4 children and spent most of his childhood in Lava Hot Springs and working on his uncle’s farm. At the age of 17, he moved and worked in Salt Lake City for FW Woolworth Co. as an assistant manager.

Shortly after his 19th birthday he received a call to serve his Country and subsequently enlisted in the Army, requesting assignment with the Army Security. He received advanced Military Police training at Camp Gordon, Georgia in 1954 which began his career in Law Enforcement. He served in Tokyo Japan and Two Rock Ranch Station in California.

He married Kaleen A Johnson of Thatcher Idaho on April 18th 1958 in the Logan, Utah Temple. He subsequently started his family while still in the Army. In 1960, when his service was completed with the Army, he secured employment with the Petaluma California Police Department, and began his Law Enforcement career. He became Police Chief in 1968 and held that position for 8 years.

He then moved his family to Thatcher, Idaho in 1976 and served with the Caribou County Sheriff’s Department as Chief Deputy for 2 years. He moved his family again to Bountiful, Utah in 1978, serving as Police Chief for 20 years. Dad served the Military and the public for 44 years.

Larry served in many church callings for the LDS Church, some which included, Elders Quorum President, 2nd Councilor in the Bishopric, High Councilman and Bishop. His favorite calling was Ward Clerk for Bishop Ray Tolman in Bountiful. He loved it and had the best personality for that calling.

In Larry’s retirement years, he and Kaleen have enjoyed the last 24 years living and traveling between St George, Yuma Arizona and finally settling full time in Cleveland Idaho that he loved dearly and was proud of what he built for himself, Kaleen and his family.

Larry is survived by his wife Kaleen, Daughter Cindy, Son David and his wife Melanie and Daughter in law Katie. He has 15 Grandchildren and 30 Great Grandchildren. Larry is preceded in death by his son Nathan, Parents Eldon R and Gladys Tennessee, sisters Goldie Norman, Jean Philpot and by a brother, Dewain.

Larry has left a Great Legacy as well as MANY wonderful memories with his family, friends, neighbors and just about anybody he came in contact with. He made you feel like you have been friends forever. His laughter, Witt and Kindness will be greatly missed.

Larry lovingly and diligently took care of our mother until he physically could not do it any longer. We as a family appreciate his example of loving care and concern for her and all of us.

Graveside services and military rites will be held on Friday, April 8, 2022 at Noon in the Lava Hot Springs Idaho Cemetery.  A viewing will be held Friday from 10-10:45 a.m. at Webb Funeral Home, 1005 S. 800 E., Preston, Idaho.  Memories and condolences may be shared with the family at webbmortuary.com

To order memorial trees or send flowers to the family in memory of Larry Delos Higgins, please visit our flower store.
Send a Sympathy Card