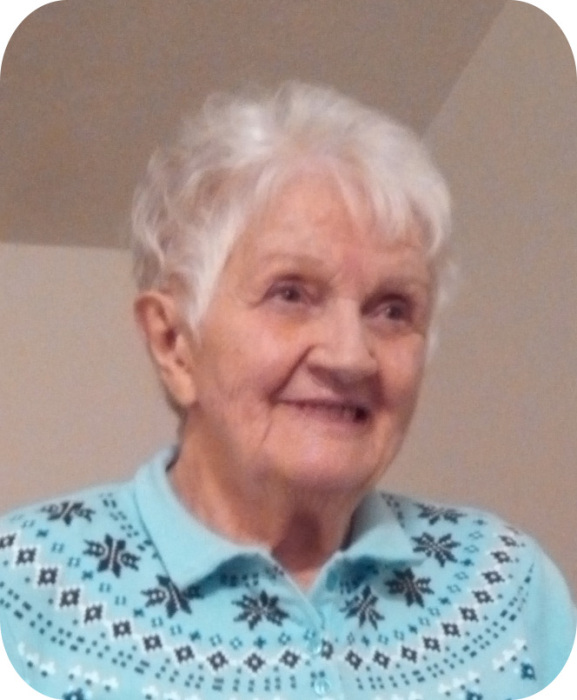 LaNelle Wentworth, 96, passed away peacefully at her home in her sleep surrounded by her children the night of June 28th ,2020. She was born to David R. Taylor and Elizabeth C. Crump Taylor in Virginia, Idaho on March 9th, 1924. Her early years were happily spent with her parents, older sisters and younger brother. They resided in Virginia and Arimo, Idaho in small houses in which her father had made improvements.

After her father passed away from an extended illness, when she was thirteen, she moved with her mother and brother to Robin, Idaho. She remainded there, attending school, until she moved to Twin Falls, Idaho to live with an older sister and her brother in-law to continue with her high school education. She graduated from Twin Falls High School in 1943. During her teenage years, she met a handsome young man from a nearby town and began a romance which lasted for nearly fifty years.

LaNelle married Beauford Earl Wentworth in Kimberly, Idaho on March 18th, 1944, after a lengthy engagement, when he was home on leave during World War II.  Over the years, she had various jobs while in high school, during the period of her engagement and she contined to work while waiting for her husband to return from the War. Once the couple was reunited, they lived in several different towns in Idaho and the region; following Beauford's trade of choice construction. In 1952, Beauford and LaNelle followed their dream of moving to Alaska. While employed on construction jobs, they homesteaded and lived in several locations all over the Southeastern part of the state.

Three children were born to them during their fifteen years in Alaska. LaNelle was a mother and a homemaker. Unfortunately, due to a health issue, they were forced to leave their beloved Alaska and returned to Idaho.  She was a volunteer by heart and did volunteer work for various agencies and organizations. LaNelle had a passion for oil painting and created numerous works of art.  When her dear husband passed away unexpectedly, she moved from Arco to Idaho Falls in 1991 and dedicated herself to volunteerism. She loved to entertain and spend time with friends and family and especially enjoyed when her family came to stay with her for extended periods.  She remained active and participated as much as possible, over the course of a lifetime.  LaNelle became a Christian later in life and was steadfast in her witness of the gospel.

LaNelle is survived by her daughters Jenny Bernard, Sherry (Randy, deceased) Fullmer, her son B. Lane Wentworth, her grandsons Jared (Jamie) Bernard, Samuel (Danielle) Durtschi, Kodie (Eva) Bernard, Daniel (Kasey) Durtschi, granddaughter Ayla Durtschi, great grandchildren and many, many step-grandchildren, step-great-grandchildren and a step-great-great-grandchild. She was preceded in death by her husband, her parents, sisters Ellathine and Blanche, brother Budd and a great-grandson.  LaNelle was laid to rest beside her husband, Beauford E. Wentworth, on July 2, 2020 in the Weston, Idaho Cemetery.  Memories and condolences may be shared with the family at webbmortuary.com

To order memorial trees or send flowers to the family in memory of LaNelle Wentworth, please visit our flower store.
Send a Sympathy Card