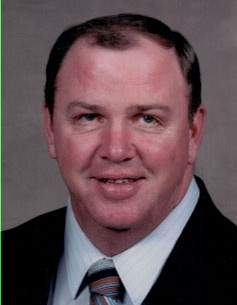 Kirk Paskins, the strongest man in the world, passed away on January 22, 2017, in Treasureton, Idaho, surrounded by his family.  Kirk was born May 2, 1942, the fifth of six children to Thomas Eugene and Beatrice McCarroll Paskins of Treasureton.  No one truly understood the size of his heart or his strong will to live, and his legacy is that of perseverance, mischief and unbelievable toughness.

Kirk met the love of his life, Jean Allred, on a blind date and they were later married in the Provo Temple in 1975. Kirk maintained to his last days that his best decision was marrying Jean and he was always her biggest fan.  Together they raised their three girls and countless horses, pigs, cows, goats, ducks, peacocks and a turkey that loved him as much as he loathed her.

As a lifelong farmer, Kirk knew the value of hard work and passed it on to his kids.  He wasn’t above throwing a right hook on a horse or cow that had an attitude, and taught his girls to know when to walk away, and know when to run. In addition to running the family farm, Kirk drove old 80-2 school bus for the Preston School District for 29 years before retiring.  Dad loved the kids on his route (most of the time) and was known for his eloquence when asking them to please sit still and be quiet.  Kirk dearly loved his colleagues at the bus garage where they spent many hours laughing, pulling pranks and assigning loving nicknames to each other.

Kirk loved anything that would make his daughters roll their eyes, such as insisting on orange chocolate sticks in his Christmas stocking, using a swear word as a term of endearment, blaring the Statler Brothers on the way to town, wearing socks with sandals and bragging about his parallel parking skills.

Kirk is survived by his wife of 41 years, Jean, and children Jaynee (Ben) Nadolski of Ogden, Kaycee Paskins of Ogden and Lindsey Paskins of Las Vegas.  Kirk is the proud grandfather of Hazel and Millie Nadolski, who quickly claimed their place in his heart and remain his pride and joy.  He is also survived by his twin brother Creig (Harold) Paskins, of Ogden, UT; MacNiel (Terry) Paskins, of Treasureton, sister Linda (Frank) McFarland, of Las Vegas.  He is preceded in death by his sister LaNee Paskins, his parents, his father and mother in-law, Mark and Betty Jo Allred, and his oldest brother, Terry Paskins.

Funeral services will be at Saturday, January 28th at 11 a.m. in the Riverdale LDS Chapel, 3562 North 1600 East in Preston, with family friend, Sam Smith, conducting. Viewings will be held Friday from 6-8 p.m. at Webb Funeral Home and Saturday from 9:30-10:30 a.m. at the church. Interment will be in the Preston Cemetery. Memories and condolences may be shared with the family at www.webbmortuary.com

To order memorial trees or send flowers to the family in memory of Kirk Paskins, please visit our flower store.