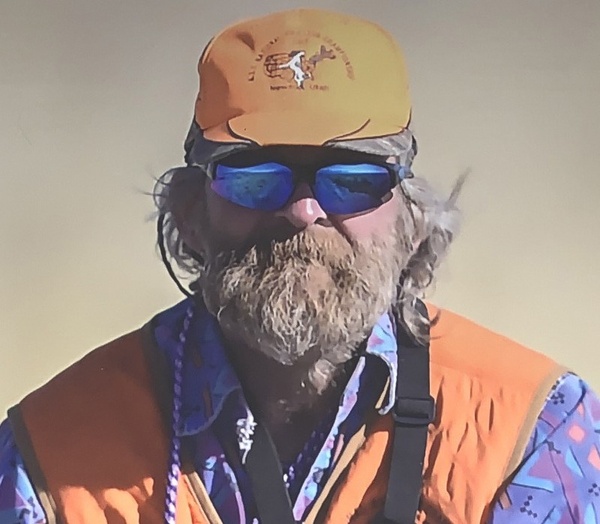 Kirk Ray Cammack, our kind and loving son, brother, uncle and partner passed away of an extended illness on February 25, 2021.  He was born March 15, 1959 to Byron Packer Cammack and Violet LaRae Pilgrim Cammack in Downey Idaho.  The second of four children.    Byron and LaRae lived in McCammon until he was three years old, where there was lots of extended family around.  The family moved a few of times before living in Soda Springs, Idaho, where Kirk started elementary school.  After moving to Montpelier, Idaho, in 1970 he attended and graduated from Bear Lake High School.  He served an honorable LDS mission to Sydney, Australia.  He returned home and attended Ricks College where he studied broadcasting.  Kirk always loved and collected animals of all sorts including ducks, chickens, emus, rabbits, sheep and dogs. In his adult life he had various jobs.  He loved the outdoors including hunting with his dad, brothers and friends, running his dogs and trap line.    In the spring of 2007, Kirk and Kevin became acquainted through friends who worked with Kevin where he had been a teacher 6 years earlier in Jackson Hole, Wyoming. Kirk and Kevin struck up a positive relationship and Kirk decided to move from Rigby, Idaho and live with Kevin in Franklin, Idaho. Kirk and Kevin both worked graveyard shift at R.R. Donnelly. After 5 years, Kirk left to work on the shreds line at Schreiber foods cheese plant in Amalga, Utah. Kirk loved working at Schreiber's and he made many friends among his coworkers. He had a very likeable personality. Kirk and Kevin were married on December 31, 2016 in Logan, Utah. Kirk loved animals especially dogs. He sometimes felt like dogs were his best friends because they are non-judgmental. He especially enjoyed working with Springer Spaniels and their owners. Kirk affected the lives of many people he came in contact with. A big part of Kirk's life the past 8 years has been working with English Springer Spaniel competition hunting dogs. He started out as a complete novice and ended up placing in some of the most competitive trials in the United States with his good buddy TJ. Kirk was a friend to all who knew him and he cared about everybody that he came in contact with. The Spaniel community greatly benefited from his influence and positivity over the years. He cared about his friends and always enjoyed his successes almost as much as his own. Truly a genuine person who we all were able to learn from. His passing will cause a void in many lives because of his sweet and compassionate spirit. Kirk had no malice and his acceptance of everyone will be remembered. Kirk expressed to us many times, especially recently, his love and appreciation for those who accepted him in the spaniel game. In the spring of 2020 he suffered the effects of multiple organ failure and on Thursday, February 25, 2021, Kirk passed away thus ending his and Kevin's 14 year relationship. He was always a good man and was very generous, loving and kind to everyone he came in contact with. He valued his friends and rarely met a person that he didn’t like.  He is survived by his partner Kevin Morrison, his mother LaRae Cammack, brothers Loring (Laura) Cammack, Lance (Jenny) Cammack and his sister DaNiel (Loren) Jose.  Nine nieces and nephews and 20 great nieces and nephews. He was preceded in death by his father.     Funeral services are scheduled for Friday, March 5, 2021 at 11:00 a.m. at Webb Funeral Home, 1005 S. 800 E. Preston, Idaho. A viewing will be held prior from 9:30-10:30 am. Services will be streamed live and can be watched Friday at 11 am (MST) by clicking on the following  link:   https://youtu.be/MCfw3Wzg_6k                                    Interment will be in the Franklin Idaho Cemetery.  Memories and condolences may be shared with the family at webbmortuary.com
To order memorial trees or send flowers to the family in memory of Kirk Ray Cammack, please visit our flower store.
Send a Sympathy Card