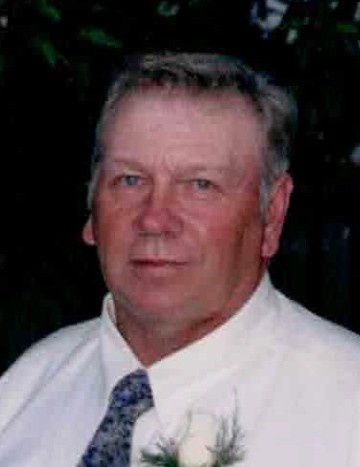 Kent Merlin Rawlings, 74, passed away unexpectedly but peacefully with his son, his daughter and friends by his side on March 9, 2018.  Kent has now joined with his twin brother and the rest of his family that have passed.

Kent was born November 30, 1943 to Merlin and Erma Gilbert Rawlings at the family home in Fairview, along with his twin brother, Brent, who was born six minutes before Kent.  Kent liked to say “I pushed him through and he then pulled me through”.  Kent and Brent were inseparable growing up, working hard on the farm and milking cows.  They collected baseball cards and played baseball every chance they had.

Kent graduated from Preston High School in 1962 where he excelled in baseball and the FFA.  He then attended Ricks College in Rexburg, Idaho where he also played baseball.  Kent then decided to return to Fairview in 1964 where he purchased a farm and built a dairy. Together, he and Brent operated the dairy farm.  Somehow the twins managed to get the farming and milking done or on-hold so they could continue to play church baseball and basketball.  In 1968, Kent had a farming accident resulting in injuries that limited him in many ways that progressed into his later years.

Kent loved sports and enjoyed listening to or watching the World Series, March Madness, any tournament or game, especially college, local high school football and basketball, and he even got in a little baseball when he could.  His favorite team to follow was Boise State football and basketball.  He could and would talk to anyone with his vast knowledge of sports, stock market, farming, politics and the “Mollie B Polka Party.”

He married Peggy Ann Carpenter in 1964 and they had seven children together.  They later divorced.  In 1989, he married Pamela Casperson.

He is survived by his wife, Pam; a son, Jeffrey Kent Rawlings and by five daughters, Teresa Shepard, Debbie (Tracy) Salvesen; Dana Leigh (Carl) Burnett; Roxanne (Jeff) Bellesorte; and Kimberly (Ryan) Aimone.  He is also survived by 16 grandchildren: Teradee, Tayler, Marley, James, Peri, Tyler, Abby, Jacob, Ethan, Merlin, Patrick, Jonathon, Cameron, Maddison, Brock and Morgen; by four great-grandsons, by his canine companion, Balto also known as “Baltimore Kent” and by a sister, June Wilson, and two sisters-in-law Chiyoko Rawlings and Suzanne Rawlings.  He was preceded in death by his parents and by eight siblings and a daughter, Trena Rawlings.

To order memorial trees or send flowers to the family in memory of Kent Merlin Rawlings, please visit our flower store.