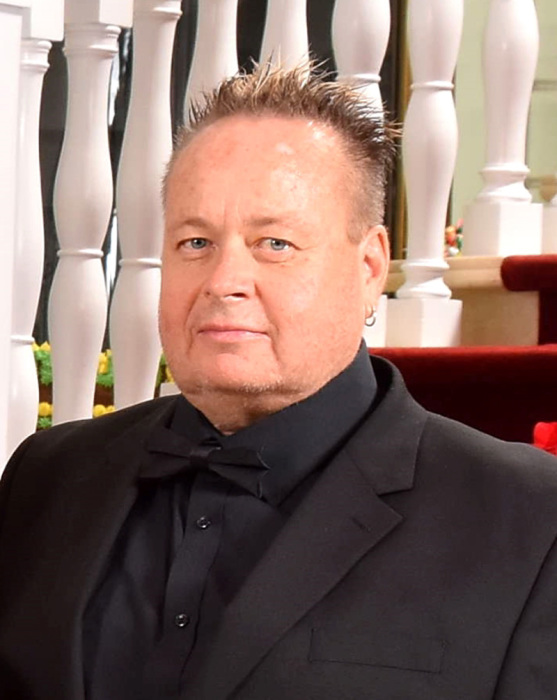 Kent Charles Moore of Palm Springs, California died on April 08, 2019 at the age of 54.  He was born on January 19, 1965 in Preston, Idaho.  Kent was the second child of five of Jerry and Sonja Nielsen Moore.  Kent graduated from Preston High School in 1983.  After graduation he moved to Logan, Utah for a couple of years and then moved to Southern California to pursue an acting career.  Eventually Kent moved to the Palm Springs area.  Kent loved the Southern California life style.

Kent worked for years as a maître d’ at a high end restaurant in Los Angeles, where he learned the trade and became a certified Sommelier.  For a short time Kent and Eric owned their own restaurant in the Los Angeles area, until Kent’s health required them to sell.

Kent crossed paths with many a rescue dogs needing help; he would always save them and give them the love they needed.  Kent saved his last dog Foxen in 2015 when the complex he lived at in Palms Spring was hit by a tornado.  He had vowed after he had lost his last dog that he would never have another, but Foxen needed him and he needed Foxen.  Foxen quickly became Kent’s emotional support to get through many difficult things including the unexpected death of Eric in 2017

Kent is preceded in death by his husband, mother, sister Sandra, and grandparents.  He is survived by his father, brother Craig (Jeanene), sisters Jeri Lin Moore and Jill Tashro (Trevis), many nieces and nephews, and his dog Foxen.

To order memorial trees or send flowers to the family in memory of Kent Charles Moore, please visit our flower store.
Send a Sympathy Card