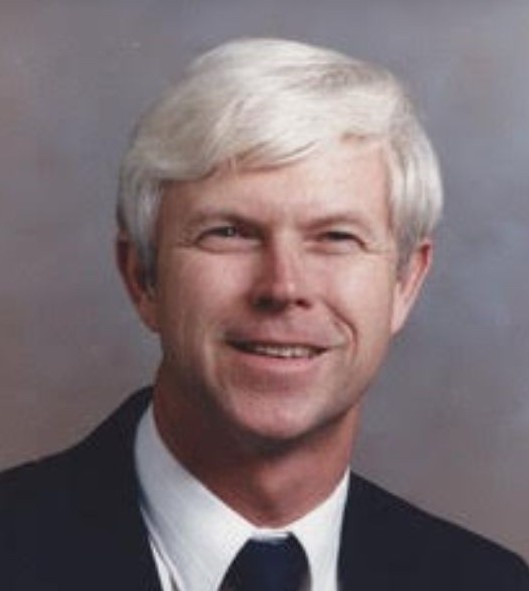 R Kent Krogue was born in Salt Lake City, Utah on 9 February 1941, son of Louis Redondo Krogue and Bessie Alice Duffin Krogue.  He grew up and attended school in Long Beach, California.  He developed an affinity for education and the Sciences in particular and earned both his Bachelor’s, then a Master’s Degree in Zoology from UCLA.  Kent translated that love of learning into a profound career, teaching for six years at Excelsior High School in Norwalk, California before becoming a Professor in the Science Department at Cerritos College from 1972 until his 2005 retirement. He was a popular lecturer; often non-students would sit in just to listen.

Kent’s hobbies included hiking, skiing, reading, and visiting good museums, aquariums, and botanical gardens.  He spent countless hours designing an extravagant backyard, his own personal garden oasis. It gave him great pride and he enjoyed sharing the garden, conversation, and the beautiful California weather with guests out on the patio.

Kent was an avid conversationalist!  It was easy for people to enjoy long and interesting talks with him.  He remarked that he looked forward to the road trips he made with his parents when he was young because they gave him opportunities for long, uninterrupted conversations with them.  He had a loving relationship with his parents all through their lives.

Kent had a life-long passion for exploration.  He loved seeing new places and learning new things.  Beginning with family trips in his youth and continuing throughout his life, he loved visiting Yellowstone, the Tetons, Yosemite, Death Valley, Zion, and many other beautiful places.  He often commented that a highlight of his adventures was the night he and his cousin, Keith, rowed a canoe across Yellowstone Lake by the light of the moon.

Resulting from his passion for Yellowstone visits, Kent met a beautiful young woman from Australia named Keryl Kennedy.  They were married at his parents’ home in Long Beach, California, in 1968.  Kent and Keryl made their home in Cerritos, California, where they welcomed three sons to their family.  (Later divorced.)

Above all else, Kent loved his sons.  He appreciated each son’s personality and he fostered their varied talents and interests.  He always loved being in their company, and especially enjoyed their family trips to Australia, New Zealand, and Fiji, and many places in California and throughout the west.  He was proud of the men they became.

Kent and those who knew and loved him considered the last 25 years of his life to be a “bonus.”  It was a difficult battle, but he defeated the cancer that “should have” taken his life, and went on to fight other cancers two more times in the years to come.  He spent much time with family members and enjoyed many wonderful friendships, travels, and other adventures during those “bonus” years.  He passed away at the age of 81 on 22 February 2022, in Downey, California.

Kent is survived by his sons, Jeffrey Kent Krogue and Eric Allen Krogue.  He was preceded in death by his son, Lance William Krogue, by his parents, and by a brother, Dennis Louis Krogue.

A family memorial gathering in his honor will be held Tuesday, March 8, 2022 at 11 a.m. at Webb Funeral Home, 1005 South 800 East, Preston, Idaho.   His burial will be in the Bloomington, Idaho, cemetery.  Memories and condolences may be shared with the family at webbmortuary.com

To order memorial trees or send flowers to the family in memory of Kent Krogue, please visit our flower store.