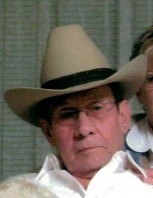 Kay LaMonte Andreasen, 76 passed away peacefully early on Sunday, November 18, 2018 in Preston, Idaho. He was born on August 4, 1942 in Murray Utah to Max Wayne and Emma Mardene Harris Andreasen. He was raised in Cleveland, Idaho. He graduated from Grace High School.

He married Sandra Vee Taylor in November 1960 and they had two children Clay and Tonya. They later divorced. He later married Elaine Wiscombe on November 21, 1970 and they had three more children, Justin, Shawn, and Jodi. He worked many various jobs including being a welder, truck driver, cattle buyer, livestock auction owner and truck broker. He was a member of the Church of Jesus Christ of Latter-day Saints and served in many callings as a High Priest, and in the Branch Presidency at the Heritage Home in Preston. He also served a special mission with the Addiction Recovery Program. He had a big personality and kept his friends for life.

Funeral services will be held Saturday, November 24, 2018 at 11:00 a.m. in the Thatcher Williams Ward Chapel in Niter, Idaho. A visitation will be held Saturday from 10:00-10:45 a.m. at the church. Interment will be in the Lago Cemetery. Memories and condolences may be shared with the family at www.webbmortuary.com

To order memorial trees or send flowers to the family in memory of Kay LaMonte Andreasen, please visit our flower store.
Send a Sympathy Card