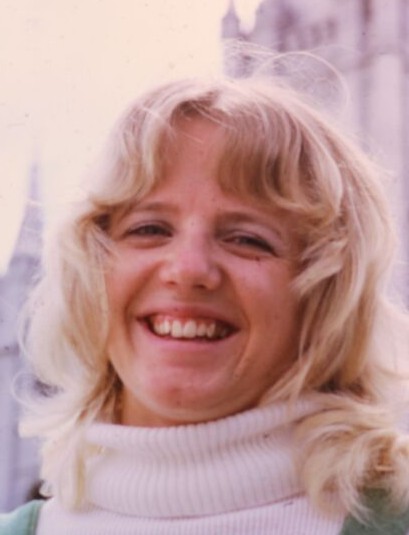 Kathleen Nelson Kerr 69, better known to all as Mrs. Kathy, graduated from this probationary state on February 17, 2021.      Kathy was born on July 7, 1951 in Preston, Idaho to Spencer E. Nelson and Glenda Smith Nelson. She was known as the Little darlin’ of the family.  During her high school years, not only was she involved with every musical production but she started out each morning working in the bakery.  She got that job because the baker was impressed to see that cute young lady riding her Honda 50 around town and thought her bubbly personality would be great for business.       Kathy was also involved in student government and was honored as the friendliest girl on campus numerous times.  Her smile and genuine concern for others was contagious.      Kathy attended BYU majoring in Home Economics with a minor in elementary education.  This is where she learned the basics of teaching young ones but she refined the process by adding her incredible creativity with a huge dose of Christ-Like love.  In the coming years Kathy merged those talents with a tireless work schedule and she became Mrs. Kathy.    Mrs. Kathy met the love of her life David B. Kerr and they were sealed in the Logan Temple on April 20, 1973 for time and all eternity.  They were blessed with 5 children; Randilynn, Jason, Hollie, Jordan and Clayton and are currently expecting their tenth grandchild.  Mrs. Kathy taught over 1000 children over 25 years as well as raising her own 5 children and becoming a second mother to her children’s friends, many of whom called her Mama Kerr until she graduated. Mrs. Kathy was able to stay home with her children and teach 3 and 4 year old children.  She used her incredibly loving nature to patiently teach basic life skills and had them eagerly wanting more.      Kathy is survived by her husband David, her children Jason (Courtney), Jordan (Kerry), Clayton (Nicole), son-in-law Lloyd Stolworthy, sisters Vicki, Janis (Don), Cynthia and many nieces and nephews.  She was preceded in death by her two daughters Randilynn and Hollie, her brother David Nelson and her parents Spencer & Glenda Nelson. Funeral services will be held on Tuesday, February 23, 2021 at 11:00 a.m. in the Franklin Idaho Stake Center, 112 E. Main, Franklin, Idaho.  The services may be viewed live Tuesday at 11 am (MST) by clicking on the  following link:  https://youtu.be/EF2gkYNbFBo There will be a viewing Monday from 6-8 p.m. at Webb Funeral Home, 1005 S. 800 E., Preston, Idaho and Tuesday from 9:30-10:30 a.m. at the stake center.  Interment will be in the Preston Cemetery. Memories and condolences may be shared with the family at webbmortuary.com Rest in peace sweet bride, mother, grandmother and friend.
To order memorial trees or send flowers to the family in memory of Kathleen Kerr, please visit our flower store.
Send a Sympathy Card