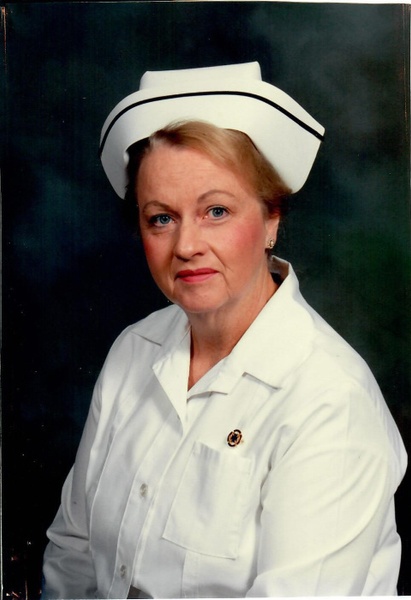 Karren Balls Schvaneveldt died April 29, 2020 in Logan, Utah.  She was born on April 28, 1939 at the Franklin County Hospital in Preston, Idaho to parents, Lyman and Lula Balls. In this family, she was the sixth of seven children and enjoyed life on the family farm in Dayton, Idaho. She graduated from West Side High School in 1957, where she was active in student leadership.

She married Jay D. Schvaneveldt on September 16, 1959 in the Logan Temple. She was the mother of four children (Cindy, Shane, Todd, & Paul).  She moved often with her husband and children as he attended graduate school at Florida State University and as he worked in various universities in the United States and many parts of the world. She made a home life for her family in many places including: Logan, UT, Tallahassee, FL, Minneapolis, MN, Greensboro, NC, and Weston, ID. She enjoyed travel throughout the world, meeting new people, learning new customs, and seeing the beauty that surrounds all people.

She was an active member of the Church of Jesus Christ of Latter-day Saints and served in many capacities. For many years she was involved in genealogy and family history activities. She was a temple ordinance worker in the Logan Temple and also in the Copenhagen, Denmark Temple where she served as a missionary in 2012-13. She also served in the mission office and with young adult groups in the Copenhagen Mission. She also served as a missionary in Church History Department in Salt Lake City. She enjoyed her work as a missionary on an assignment with the Joseph Smith Papers. As a life-time student of the scriptures, she received The Church Institute System Certificate of Advanced Achievement in 2001.

Honoring the footsteps of her forebearers, she was a member of the Daughters of Utah Pioneers. She served as Captain of the Lone Rock Camp in Weston, Idaho. In this camp, she worked with others in restoring pioneer monuments on the city square, installed a DUP marker on the Lone Rock in the Pass of the Standing Rock, and installed a new marker for the Grist Mill in Weston Canyon, ID.

While family and church were central in her daily life, she also had a professional career as a Registered Nurse. In 1980, she started nursing practice at the Moses Cone Hospital in North Carolina, working in Medical/Cardiac Intensive Care Units. She also worked in several settings including home health, hospice, and skilled nursing facilities.  Karren served on the Utah State Board of Nursing 1984-1987. She retired from Intermountain Health Care in 2001. She later served with the Medical Corps for the State of Idaho from 2002-2012. She was awarded many certificates for advance education in nursing. She also shared her nursing skills and knowledge in foreign countries. In 1991-1992, while living in Thailand, she volunteered at the teaching hospital in Khon Kean. She assisted with patient care and the training of nurses. She was supportive in bringing students to America for advanced education. She also assisted in the orphanage and donated needed supplies and materials. She particularly enjoyed teaching English in some of the schools in Thailand. She taught 80 students in the 7th and 8th grades.

In 1995-96, while living in Bahrain she served at an orphanage, in centers for people with disabilities, and also at the hospital in the Memophelic Unit. She also did tutoring of the English language for students needing assistance. She was active in the American Women Association in Bahrain and formed many lasting relationships. In 1996 she received a certificate from the Nation of Bahrain for her service in the First Global Network of World Health Organization, Collaborating Center for Nursing Conference held in Bahrain

Karren was active in community service everywhere she lived. She was a volunteer for Hospice Home Care. She served as president of the American Legion Auxiliary Post # 7 and as Department President. She was also active in PTA and in 1971 she was awarded a certificate for outstanding school service as a volunteer parent aide. She also served on the Weber State University Young Alumni Board. She and Jay were hostesses for many church and university groups. The focus was typically on foreign university students. She was concerned about others and enjoyed working with them.

She is survived by husband Jay, and four children: Cindy Schvaneveldt of Logan, Utah, Shane and (Pam) of Ogden, Utah, Todd ( Kathy) of Falls Church, VA., and Paul (Rachel) of North Ogden, Utah. Nine grandchildren came into her life. She was preceded in death by her parents, brothers Val and LeRoy Balls, sister Cloma Heaton, and granddaughter Rebekah Anne Schvaneveldt.

A private, graveside service will be held on Monday, May 4, 2020.  A celebration of Karren's life will be held at a future date to be announced.Burial will be in the Weston, Idaho Cemetery. Memories and condolences may be shared with the family at webbmortuary.com

To order memorial trees or send flowers to the family in memory of Karren Schvaneveldt, please visit our flower store.