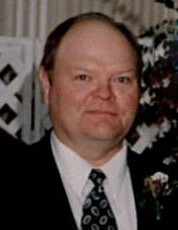 Karl Ross Lyon, 65, passed away peacefully, surrounded by his family on Tuesday, November 8, 2016 at Safe Haven Hospital and Care Center in Pocatello, Idaho. He was born February 22, 1951 in Preston, Idaho to Wrena Carver and Allen W. Lyon. After graduating from preston High School he joined the National Guard where he was on the rifle team. He married the love of his life Deann Nash on August 6, 1971 in the Logan LDS Temple. Ross loved farming and spent most of his life working on the farm. He also worked as a mechanic for Lindhardt International and Palmer Motor Company, Franklin County Road Dept and Dravo Mining.

Ross loved the outdoors. He was often found hunting and fishing or snowmobiling. He also loved wrestling which he did in high school, a love he passed on to his children.

Funeral services will be held on Saturday, November 12 2016 at 11:00 a.m. in the Riverdale 2nd Ward Chapel 3562 North 1600 East in Preston. A viewing will be held on Friday from 6-8 p.m. at Webb Funeral Home, and Saturday from 9:30-10:30 a.m. at the church. Interment will be in the Treasureton Cemetery. Memories and condolences may be shared with the family at www.webbmortuary.com

The family would like to thank Safe Haven Hospital and Care Center and Access Hospice for taking care of Ross and their love and compassion towards him.

To order memorial trees or send flowers to the family in memory of Karl Ross Lyon, please visit our flower store.
Send a Sympathy Card