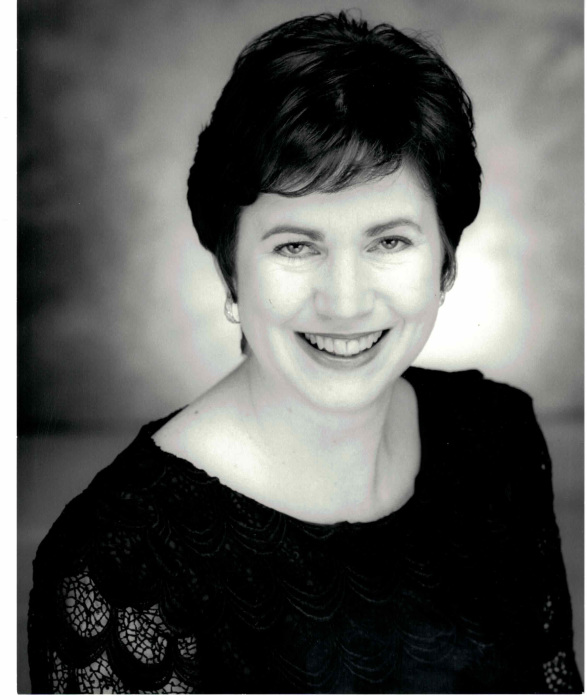 She was born March 4, 1955 (3/4/55) – the third of 4 children – to Rulon Anderson Owen and Helen Katheryn Hansen Owen. She was born in Preston, Franklin County, Idaho. The first home she came to was in the LDS Third ward, at 168 W. First North. Her childhood was filled with fun and friends. She loved to tease her younger brother Doug about the spooky house next door. She was the one that taught her brother how to ride a bike at this house as well.

When she was about the age of 7, the family moved to the LDS Eight ward at 40 S. Fourth East in Preston. Karen continued to enjoy many friends and childhood activities at their new home. The family enjoyed travel from time to time. Some highlights were trips to Disneyland with the family, and travel to the family cabin in Palisades, Idaho.

Karen began her study of piano at the very young age of 5. She studied with Janet Shipley in Preston. She was very dedicated to her practicing. She fell from a swing set and broke her arm as a teen, but still continued to practice piano while she was in her cast. There never was much need for an alarm clock, as she played the piano early nearly every morning. She also enjoyed accompanying. She accompanied the singing group “The Mormonaires” led by Mrs. Shipley, and also accompanied the school choir, jazz choir, many plays and musicals, as well as private voice students with Louise Woolley.  Karen was also an accomplished vocalist with a beautiful soprano voice.

She had many friends while in high school and participated in many activities, including the Phi Del pep squad, and beauty pagents. She was very studious and graduated with high scores. She had boyfriends as well, but our family joked that none of her high school boy friends were willing to take second place behind her piano studies. She also was active and enjoyed participating in the young women programs at the LDS church.

She moved to Los Angeles to continue her studies at USC, graduating with a Master’s degree in Music in 1980, and Doctorate of Musical Arts in Piano Performance in 1985.  Her professors included Dr. Kevin Fitzgerald, Dr. Jean Barr, Dr. Malcolm Hamilton, and Dr. Robert Ward.

Karen was the recipient of numerous competition prizes, scholarships, and awards. One of particular interest was a graduate fellowship granted by the Rotary International Foundation for a one year study abroad in Germany. While there, she assisted in the cello classes of Professor Gerhard Mantel at the Hochschule fur Musik und Darstellende Kunst, and in her spare time she studied at the Johan von Goethe Inversitat in Frankfurt. With her study, she became fluent in the German language. She also shared this talent with her niece and nephews – Amanda, Jesse, and Richard Owen -- by sponsoring their attendance at the Goethe Institute for German Language in Frankfurt.

Karen loved to teach. She was an Assistant Lecturer at USC for 5 years. She was the coordinator for keyboard studies at Citrus College in Glendora, CA, for 12 years, and was a member of the piano faculty at Occidental College. She mentored numerous private students over the years, and had a unique knack to be able to interact and motivate her students to success, resulting in many of her students winning several awards. Her students won an impressive array of competition prizes in both Solo and Concerto competitions at the Music Teachers Association for California Young artist’s guild, the Music Teachers of North America competitions, Young musician’s foundation competitions, and the Southern California Junior Bach Festival. They also performed as concerto soloists with orchestras including the Rio Hondo Symphony, The Los Angeles Bach Festival, The Occidental College Orchestra, and the Southwestern Youth Music Festival Orchestra. Her students also received scholarships to attend festivals such as The Banff Centre Young Gifted program, and the Weekly & Arganbright Four Hand Festival held at Indiana University

She appeared in solo piano, harpsichord, and chamber music recitals and radio broadcasts in the US and Europe, including the International Summer Session in Grenoble, France, The Aspen Musical Festival, and the Music Teachers National Association national convention. She is featured on two CDs along with the renowned German cellist, Gerhard Mantel.

Karen studied with Prof. Irving Wasserman who was of Polish origin. Bish met her at one of the Christmas parties at his house. He reports, “Then I visited her in California. During one of my visits there we went to Catalina Island. On the way back I asked her to marry me and she said YES! Where shall we marry? Her answer astonished me! It was Les Diablerets in Switzerland. So on November 24, 1989 we had a civil wedding in Salt Lake City and then on December 15 we had a church wedding in Switzerland.

Karen wanted a beautiful wedding dress, but refused to pay what stores were charging, so she bought fabric and made one! It was a lovely confection of shimmer and lace in Ivory – the perfect bride’s dress. It was a lovely ceremony with a few close friends and family who marveled that in December in Switzerland there was no snow on the ground! Bish and Karen made their home together in Pasadena, California. Karen had a studio in her home for private students, and Bish worked for the City of Los Angeles. Many of Karen’s students were the children of the professors at the colleges that she had attended previously.

Karen was a cat fan, and had cats or kittens throughout much of her life as situations permitted. She and Bish cared for Tabhaska and Garbooti – 2 black and white cats – in their home in Pasadena.

As mentioned, Karen and Bish lived in Pasadena, which is the site of the annual New Year’s Day Rose Parade. Karen delighted in the beautiful roses and floats, and many times invited guests to go with her to the parade, where often she would provide her guests with spectacular reserved seating for the event.

Travel was also a great treat for Karen. As noted previously, she made many trips to Germany and other parts of Europe. She accompanied nephews Robbie and Randy Owen, as well as their mom Annalee to Europe. She took her father on a trip to Spain for his 70th birthday. They flew into Madrid and went south to Malaga (the birthplace of Picasso). They went to Gibralter and across the straits to a bazaar in Morocco, where they bought oriental carpets, and watched kittens play in the sun. She traveled to Japan as well.

Karen came down with Lyme disease during one of her trips to Europe. It was diagnosed, but apparently not properly treated. She subsequently developed fronto-temporal dementia, which can be a complication of Lyme disease. The loss of her memory was a great cause of sadness to her family and friends. Due to her dementia, Karen has been in convalescent facilities for the past decade. Our family greatly appreciates the tireless efforts of the caregivers who have helped her during this time. Karen died on November 11, 2017 of apparent sudden death. This was the 60th birthday for her brother, Doug. He is fairly sure she died on his birthday so that he will not forget the day his sister passed away!

Funeral services will be held on Saturday, November 25, 2017 at noon in the Preston 8th Ward Chapel, 213 S. 200 E., Preston, Idaho. Friends may call Saturday from 10:30-11:30 a.m. at the church.  Interment will be in the Preston Cemetery.  Memories and condolences may be shared with the family at www.webbmortuary.com

To order memorial trees or send flowers to the family in memory of Karen Owen, please visit our flower store.
Send a Sympathy Card