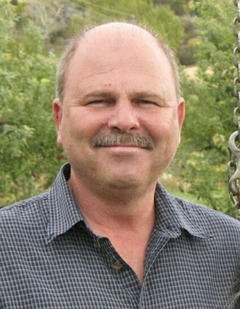 It is with deep sorrow in our hearts that we announce the passing of a great man: Jon Franklin Jensen, 57, passed away mid-stride of a massive heart attack Friday, January 29. He was born October 14, 1958 in Idaho Falls, Idaho, to Harry McKay and Carma Mikesell Jensen. He was the little brother to Marilyn, Karen, and Pat. He grew up in Riverside and attended schools in Riverside, Snake River, Ricks and ISU.

He joined the Church of Jesus Christ of Latter Day Saints and served a mission and fell in love with the Highlands of Scotland. While attending Ricks College, he became the owner of Total Equipment in Rexburg, Idaho. He married Amy Davidson April 8, 1986 in the Idaho Falls Temple and immediately became dad to Brittney, Aubrey, and Bill, and later to McKay, Melody, and Kendra. He was blessed with two sons-in-law that he loved and admired, Adam Seeholzer and Micah Pack. He loved being “Papa Jon” to Tai, Will, and Gus Pack, Kona, Kainoa, and Kiana Seeholzer and countless others. He was a hard worker all of his life, starting with moving pipe on the potato fields in Idaho. He designed plastic injection molding and was owner of Alliance Design.  He blessed the lives of many through his callings in the Bishopric, Elders Quorum, Scouts and was currently serving as a beloved primary teacher.

“Good neighbor Jon” was greeted in heaven by his parents, his sister, in-laws, and many friends.

To order memorial trees or send flowers to the family in memory of Jon Franklin Jensen, please visit our flower store.
Send a Sympathy Card