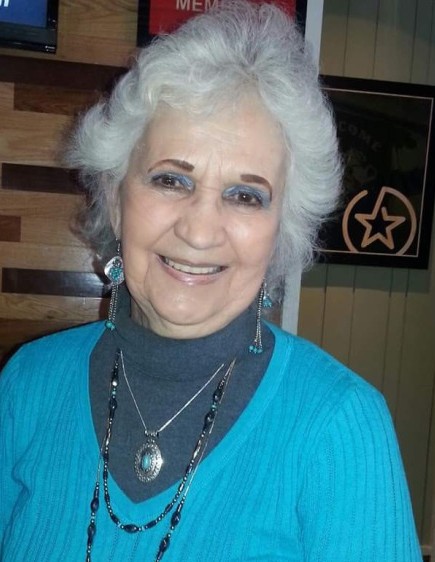 Jolene Day Johnson Cole, 76 passed away May 17, 2018 in Preston ,Idaho after a courages battle with Cancer ,(which she Beat), But then came other complications that she has been so tough fighting through. Jolene was born April 5,1942 in Salt Lake City Utah.  She was in many foster homes the first 11 months of her life .  But then Joseph F. Day and Oneta P. Day came to bring her into their arms , their hearts and their life as their beautiful daughter.

She grew up on a beautiful farm in Cove Utah, where she had many aminals that she spent many hours playing with and taking care of, she was 4 when she learned to drive the tractor and help with other chores. She attended Cache Valley Schools and graduated. Then off to LDS Business College . She worked many jobs in the secretarial field.

Jolene married her high school sweetheart Owen Gene Johnson December 14, 1962. They had 2 children, Dixie Jo and Todd.  Owen was killed in a car accident  in August of 1965. She had another Daughter Carla in 1966. She married Dennis Cole in June of 1970 and in 1973 had another Son, Cardon Dennis Cole. Dennis passed away in 1998 to (ALS) Lou Gehrigs Disease.

She met Quain Peterson shortly after that on Thanksgiving 1998, and they have been together sharing adventures ever since. Jolene had many talents, she was a concert pianist, she made many crafts and wrote many poems for loved ones or for very dear friends or their loved ones, she wrote songs and was a wonderful dreamer. She was a social Butterfly and loved to be around and visit people. So many people have been touched by her.

To order memorial trees or send flowers to the family in memory of Jolene Cole, please visit our flower store.
Send a Sympathy Card