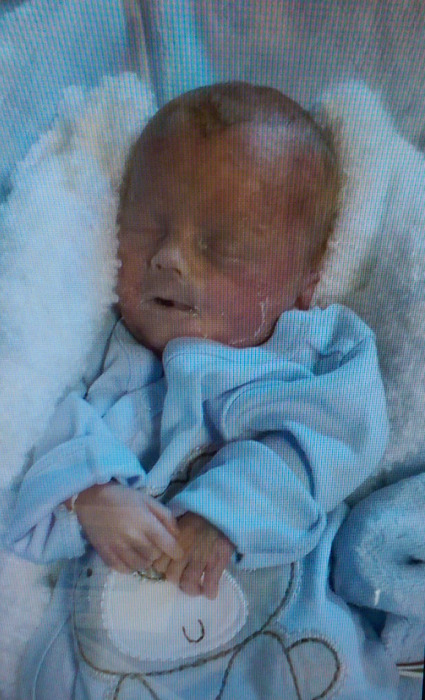 Just 27 days after coming into the world, Johnny Lee Dean Crossley passed away peacefully in his mother's arms surrounded by grandparents at the Portneuf Medical Center NICU in Pocatello, Idaho. During that fleeting time, he touched many lives and was loved by all who met him.

Funeral services will be held Friday, June 23, 2017 at 2:00 p.m. in the Preston South Stake Center, 55 East 100 South in Preston. A visitation will be held on Friday from 1:00-1:45 p.m. also at the stake center. Memories and condolences may be shared with the family at www.webbmortuary.com

To order memorial trees or send flowers to the family in memory of Johnny Lee Dean Crossley, please visit our flower store.
Send a Sympathy Card