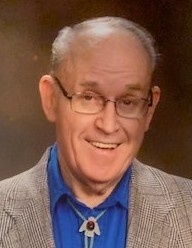 John Wallace Ford, a long-time resident of Logan,UT, passed away, Oct.17, 2020, after complications of a fall. He was 88. John was born on March 1, 1932 in Kanab, Kane County, UT. He was the son and middle child of Asa Clair Ford and Clara Alvira Burnham Ford. He attended Utah State University where he met and married Shirley Spackman of Lewiston, UT in the Logan LDS Temple, March 17,1953. They later divorced in 1986.  He is the father of seven children, grandfather of 29 grandchildren, and great-grandfather of 37 great-grandchildren.

John’s early days in Kanab included many adventures. In high school he won many races and played football. Upon graduating from Kanab High School, he played football for Southern Utah State College and then Utah State Agricultural College. He held the record for long jump for many years. He graduated from college in 1952 and served in the Air Force for four years. He was a United States Postal Service letter carrier for Logan City for 25 years, and he had good memories of the patrons on his route.
Besides his athletic interests, John loved many things. He loved to build. Over the course of his life, he built five miniature golf courses: two in Logan, one located first at Main and 200 East in 1962, the second in Ogden, UT, a third near 100 South and 100 West, a fourth, still in operation today, is located at the Ideal Beach at Bear Lake, and a fifth in Henderson, Nevada.

With his wife, Shirley, he remodeled or finished homes his family moved into. He built a giant swing set that still stands today. On Sunday afternoons he would play piano duets with his children and wife, and they would all sing together, then finish with his original composition, the Kaibab Symphony. John played trombone in the Cache Valley Band. He appeared in local musicals and sang in church choirs.

His family remembers frequent vacations throughout the west, but mostly to Southern Utah for Ford clan gatherings with his siblings and his numerous nieces and nephews.   Camping, boating at Lake Powell, playing at the Coral Pink sand dunes, or hiking the Zions National Park and pink mountain trails were activity favorites.  His children have fond memories of family outings to Logan Canyon, fishing at Hyrum Dam, and swimming and boating at Bear Lake.

John loved family history and his activities in the Mormon Battalion. He loved to share stories of his ancestors' resourcefulness and talent.

After he retired from the postal service, he moved to Las Vegas. There he made many friends and enjoyed ballroom dance and barbershop several nights a week. In 2007 he moved to St. Louis to live close to his daughter, Cindy Pulley. There he also sang barbershop and participated in dance and senior activities and sang in the Ward choir.
In 2016 he moved to Ogden, UT, where his son Robert Ford took his turn at caring for his father. Then in January 2019 his daughter, Cheryl Ann Ford Anderson took over his care while he lived at the Pioneer Valley Lodge and then after his dementia episode he moved to Cache Valley Assisted Living and Memory Care in Providence, UT where he passed peacefully.

The family would like to thank the caregivers and hospice personnel at the Pioneer Valley Lodge and the Cache Valley Assisted Living – Memory Care for their compassionate dedication to John’s well-being.

Funeral services will be held on Friday, October 23, 2020 at 11:00 a.m. in the Richmond Utah Stake Center, 135 W. Main, Richmond.  Viewings will be held Thursday from 6-8 p.m. and Friday from 9:30-10:30 a.m. both at the stake center.  All social distancing rules will be adhered to.  The services will be live streamed Friday at 11 a.m. MST and may be watched by clicking on the following link:  https://youtu.be/meORwst6ed8

Military rites and interment will be in the Richmond Cemetery. Memories and condolences may be shared with the family at webbmortuary.com

To order memorial trees or send flowers to the family in memory of John Wallace Ford, please visit our flower store.