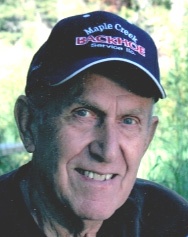 Jess Bybee Elgan passed away on August 27, 2020, in Preston, Idaho at the age of 86. He was born on February 26, 1934 in Yreka, California. He is the second of four children of Jesse H. Elgan and Estella Bybee Elgan. After a short time, the family returned to Idaho where Jess spent most of his early years in Iona and Idaho Falls. During WWII they also lived in Portland, Oregon and Anchorage, Alaska. After this they settled in Salmon, Idaho where Jess spent many happy hours hiking and hunting in the surrounding mountains. While in high school the family moved to Mesa, Arizona. After graduation Jess attended BYU where he met Nancy Tolley of Gridley, California. They were married on September 1, 1954 in the Salt Lake City, Utah Temple of the Church of Jesus Christ of Latter Day Saints. They both graduated from BYU. As they made their life together they were joined by six children in their family.

Jess spent five years in the Air Force with pilot training in Missouri, Texas and Kansas, then  3 1/2 years in Plattsburgh, New York as a B-47 pilot with frequent trips to Europe. In 1963 he moved his family to Salt Lake City where he attended graduate school at the University of Utah and worked in the electronics industry. He also continued to fly as a pilot with the Utah Air National Guard which included trips all around the USA and South America and regular flights to deliver military supplies to the troops in Vietnam.

He always maintained his fond Idaho memories. So in 1975 the family packed up and moved to Franklin County where he spent many satisfying years as a cattle rancher and farmer in the Clifton and Dayton area. After retiring from this, he and Nancy moved to Preston. For about 10 years they spent part of the winter in Arizona and enjoyed exploring the desert areas. He also had a cabin on the Salmon River where he spent time hunting, fishing, hiking and just being in the mountains either alone or with various family members.

He was preceded in death by his son Richard Lee Elgan, his parents Jesse H. Elgan and Estella Elgan and sister Janice Wise.

Interment will be in the Dayton, Idaho Cemetery. Memories and condolences may be shared with the family at: webbmortuary.com

To order memorial trees or send flowers to the family in memory of Jess Bybee Elgan, please visit our flower store.
Send a Sympathy Card