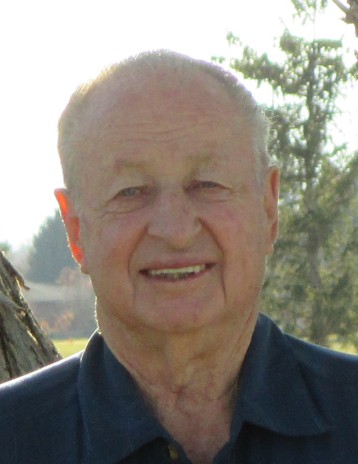 Gerald “Jerry” Lamont Moore of Preston Idaho, passed away surrounded by his family on June 15, 2020, at the age of 86. He was born on December 12, 1933 in Portage, Utah to Edward Lamont and LeOra Moore. He lived in Ririe, Idaho until the age of 15 when his family moved to Idaho Falls, Idaho where he attend Idaho Falls High School and Graduated in 1952. He immediately joined the Air Force and was stationed at Ladd Airforce Base in Fairbanks, Alaska during the Korean War until 1956, were he was Airman First Class aircraft mechanic.  After completing his military service Jerry decided to serve a mission for the Church of Jesus Christ of Latter-Day Saints in the Northern California mission from 1957 to 1959. When returning from his mission Jerry attended Ricks College in Rexburg, Idaho for 5 quarters before he attended Utah State University where he graduated in 1963 with a Bachelor of Science degree in Elementary Education.

While attending USU, he met his sweetheart, Sonja Nielsen, and married her in the Logan Utah Temple on September 28, 1961; they were together for 57 years until Sonja’s death in 2018. After graduating, they lived in Lava, Idaho were Jerry taught 5th grade. After one year in Lava they made their permanent home in Preston, Idaho where they raised their family (Craig, Kent, Jeri Lin, Sandra “Sandy” and Jill). Jerry taught 5th and 6th grade at Franklin Elementary for 10 years until the school was closed and all students were moved to Oakwood Elementary. He then taught 5th grade until he retired in 1998 after 35 years of teaching. In addition to teaching, Dad worked several other part-time jobs to support his family which included: carpentry in the summer months when his family was young, part time custodian for the local elementary, and the local grocery store at nights and weekends.

He always found time to be there for his family and to serve others. He was an ordinance worker for 16 years in the Logan, Utah Temple, drove a “Meals on Wheel” route for the Senior Citizens Center and was a volunteer fire fighter. He has always been an active member in the Church of Jesus Christ of Latter-Day Saints and fulfilled several callings including Deacon’s Quorum advisor, Young Men’s stake president, ward Young Men’s president, executive ward secretary, meeting house librarian, High Priest group leader, youth softball referee, and as part of the Branch presidency of the 2nd Legacy Branch.

Jerry was involved in youth sports programs for Preston. He started Preston’s AYSO soccer league in the early ‘80’s as well as started the first Preston High School Soccer Club.  He also spent many years running the game clock for the Preston High Football and Boys Basketball.

He was a member of the Preston’s United States Bowling Congress (USBC) and participated in both the Men’s and couple’s leagues for over 40 years. He and Sonja were inducted into the Preston USBC Hall of Fame in 2017. He loved to golf, play men’s church softball and watch college and professional football, especially with his daughter Jeri. Jerry was known to always have a joke to tell and enjoyed telling them to everyone and anyone that he saw, as well as the students he taught. He also had the amazing skill of speaking Spoonerisms where he enjoyed telling the Christmas Story “T’was the ‘Chris’ before ‘Night’mas” every year and would always say he wanted a “Poda Sop” to drink.

As Jerry’s health declined in early 2020, he chose to move into the Heritage where he spent the last few months of his life still being his joking friendly self, making new acquaintances, and touching the lives of the workers and residents there. He felt a great amount of gratitude for all the aides and nurses that helped take care of him as his health continued to decline and wanted them to know that he appreciated everything they did for him to keep him comfortable.

Interment to follow at the Preston Cemetery. Memories and condolences may be shared with the family at webbmortuary.com

To order memorial trees or send flowers to the family in memory of Jerry L. Moore, please visit our flower store.
Send a Sympathy Card