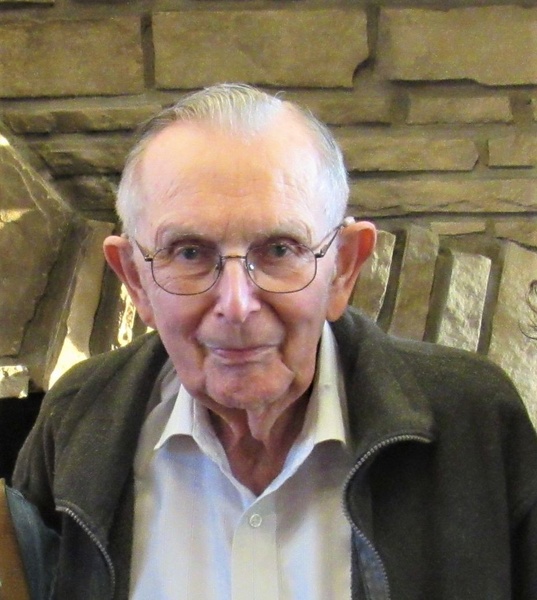 Jerry Eugene Dill passed away on July 17, 2021, at the age of 83. He was the firstborn son of Jerry Bazil Dill and Elenor Thornock Dill on July 25, 1937 in Emmett, Idaho. He was the first child born in the new Mary Secor Hospital in Emmett. Jerry was a faithful member of the Church of Jesus Christ of Latter-Day Saints, where he served valiantly in many positions, including Temple Worker in the Boise Idaho Temple.
Jerry was known as Gene by his family and friends growing up. He spent his earliest years on the family’s farm in Letha, Idaho. He attended the one-room Bramwell School through the 8th grade. In 1955, he was in the first graduating class from the then new Emmett High School. After high school, Jerry attended BYU in Provo for one semester before joining the Navy in 1956. In 1957, he married Ruth Charlene Gustavason. They were blessed with two sons, Jerry Eugene and Charles Raymond. They later divorced. After his service in the U.S. Navy, Jerry met and married Lucy Nell Ficklin. They were blessed with two daughters, Christine Marie and Jeanne Patricia.
The family lived in Sacramento and Davis, California, where Jerry worked in the insurance industry, as well as in Colorado, Idaho, and New Mexico until he decided to go back and finish his college schooling. He returned to BYU in Provo and graduated with a dual degree in information management and accounting. He went on to get his CPA.
Jerry and Lucy moved back to Emmett to care for his aging parents. He served as an accountant with the State of Idaho until he retired. Jerry and Lucy served in the Idaho Boise Mission Office. They loved serving the Lord in this capacity and cherish the memories they made there. After the passing of his parents, they relocated to Preston, Idaho to be near family. He kept a meticulous yard and was famous around town for his tricycle.
Jerry is survived by his one sibling, a sister, Wanda Rae "Runners" and LaMar Mouritsen (Meridian, ID); his loving wife Lucy; children, Jerry and Sarah Stucki (Mountain View, CA); Charles Stucki and Erica Schroeder (Palo Alto, CA), Christy and Darrin Thornley (Weston, ID), and Jeanne and Evan Leavitt (Fairview, UT); 17 grandchildren; and 11 great-grandchildren.
Funeral services will be held Thursday, July 22, 2021 at 11:00 a.m. at the Preston 3rd Ward Building, 155 N 200 W; Preston, Idaho 83263. A viewing will be held prior to the funeral from 9:30-10:30 a.m. Interment will be in the Preston cemetery. Memories and condolences may be shared with the family at webbmortuary.com. In lieu of flowers, a contribution can be made to The Church Humanitarian Aid Fund.

To order memorial trees or send flowers to the family in memory of Jerry Eugene Dill, please visit our flower store.