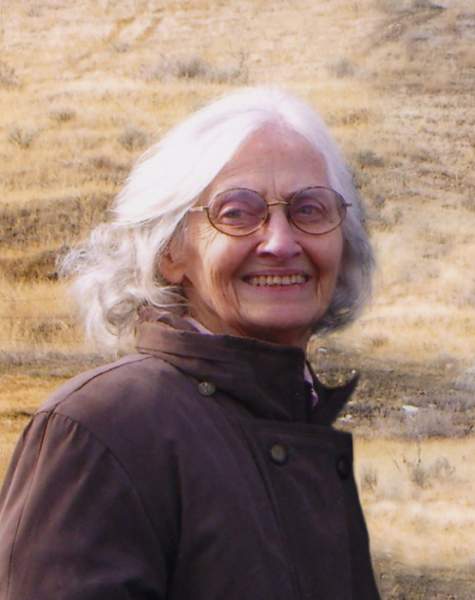 Jean Louise Gillen Fisher, age 93, passed quietly from this life at home on Wednesday April 11, 2018 in North Logan, Utah.  She was born on August 12, 1924 in Middletown, New York to Charles and Bessie Gillen, the 3rd of 6 children.

Jean grew up on a farm near Bloomingburg, NY in a small two room house that she lovingly referred to as “the shanty.”  During high school, she lived with, and took care of, her aging grandmother Hattie Beyea Horton, who lived near her parents’ home.

During World War II, she took a job in Washington DC as a stenographer.  There, she met Elden E Fisher, of Idaho, who was serving in the U.S. Army Air Corps.  They were married 4 months later on July 21, 1946 in the historic Dutch Reform Church in Bloomingburg, New York.  They were later sealed in the Idaho Falls Temple of the Church of Jesus Christ of Latter Day Saints, on March 26, 1952.

They were blessed with 7 children, and her posterity blossomed with 46 grandchildren and 102 great grandchildren.

While they lived in various places across the US, they settled in Southern California (Brea), where they lived for more than 40 years.  After retirement, they spent most of their time at their home in Oxford, Idaho, when not traveling to visit children and grandchildren.

Jean was kind and loving, always happy to help and serve.  She enjoyed cooking, sewing, crocheting, quilting and gardening.  She was even kind to insects; rather than step on a spider or swat a moth in the house, she would gently gather it in a cloth and shake it off outside.  Jean was a joy to be around and always had a sparkle in her eyes.  She loved sharing all that she had, her time and her talents with her large family, friends and neighbors.  She held many church callings, serving in the Primary, Relief Society, Cub Scouts and Boy Scouts.  Jean loved genealogy, even traveling to England for research, where they met relatives with whom they developed lasting friendships.  She and Elden served an LDS mission in Salt Lake City, serving at the Family History Library 2000-2001.

She is preceded in death by her husband Elden.  She is survived by her children, Brenda (Bob) Hawkes, Jeffrey (Elorm) Fisher, Casey (Angela) Fisher, Ellen (Baird) McNaught, Audrey (Jon) Tanke, Jessie (Steven) Iverson, and Dale (Annette) Fisher, her youngest sister Gwen Deserto, sisters in law Edith Gillen and Shirley Gillen, and Suzanne Fisher, as well as her many grandchildren and great grandchildren.

The family expresses gratitude to the IHC Hospice, members of the Clifton Second Ward, and all those that provided loving care and support for our mother over the past few years.

Funeral services will be held on Wednesday, April 18, 2018 at 12:00 p.m. at the Clifton 2nd Ward LDS Chapel, 170 W 1st N, Clifton, Idaho. Friends may call Wednesday from 10:30-11:30 a.m. at the church. Interment will be in the Oxford, Idaho Cemetery.  Memories and condolences may be shared with the family at www.webbmortuary.com

To order memorial trees or send flowers to the family in memory of Jean Louise Fisher, please visit our flower store.