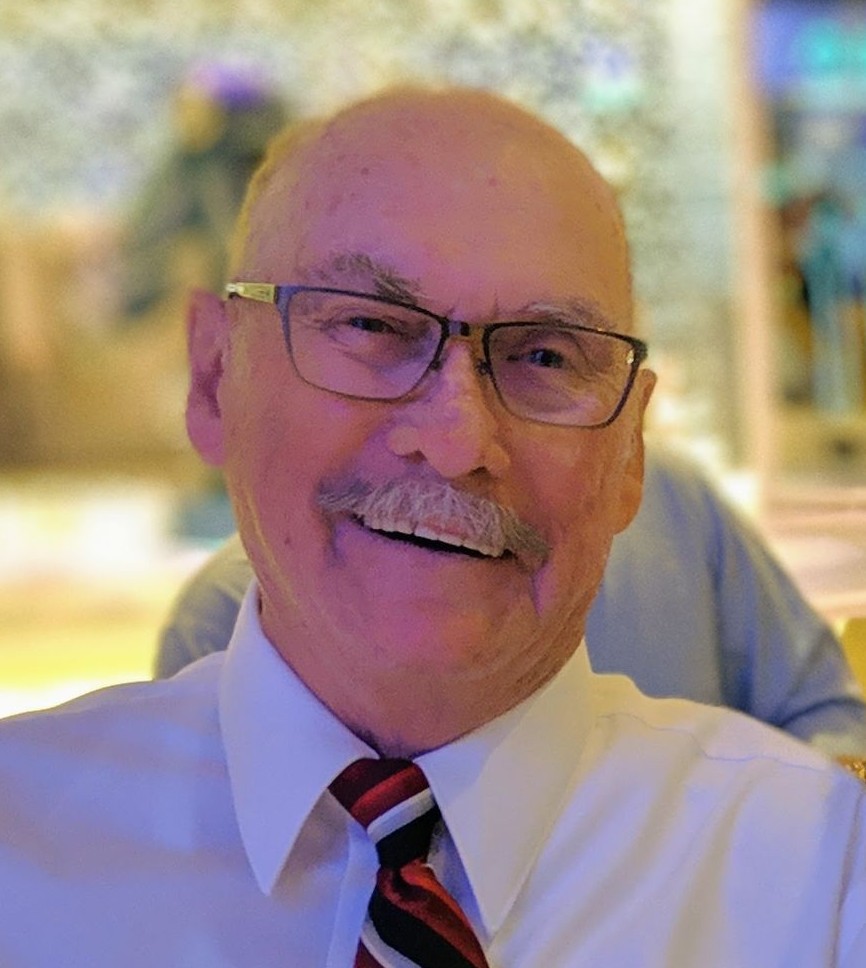 JC McBride, 87, passed away on November 29, 2021 at the Heritage Home in Preston, Idaho. He was born February 9, 1934, in Goodrich, Texas to John (Bunch) Luster McBride and Olive Mae Gentz. He has three siblings who joined the family after him, Joe McBride, Gene McBride and Tiny Bass.

He was born in humble surroundings in a small, Texas town. He graduated from Goodrich High School. His family didn’t have much but they did have each other. He met the love of his life, Hazel Faye Bass, and they were married on August 29, 1953 at the young ages of 19 and 16 respectively. They enjoyed 44 years of marriage until Hazel’s death in 1997. Together they raised four awesome, amazing children, JC Jr., Pat, Amber and his baby girl, Cindy. They were blessed with 15 grandchildren, 28 great-grandchildren and 5 great-great grandchildren.
JC worked many jobs to provide for his family throughout the years. His most prominent employer was Brown & Root Construction where he worked as a timekeeper, bookkeeper and eventually as a purchasing agent. He gave this company 42 years of his life, traveling the country and several foreign lands working. He followed his wife’s example and became a member of the Church of Jesus Christ of Latter-day Saints in 1962. In August of 1969, their family loaded up the old brown station wagon- the one that had the seat in back turned backwards- and took at long trip to Mesa, Arizona where they were sealed as a forever family in the temple on August 22, 1969. He served in several positions within the church but the one he loved the most was that of Home Teacher. He loved his kids and grandkids very much. We all have special memories of “Pa”.
Several years after his wife’s passing, he met Linda Call and they formed a beautiful relationship. They were married on June 7, 2008 in Preston, Idaho. They were later sealed in the Logan Utah Temple. He and Linda have enjoyed travels to many different places and they especially loved going on cruises with friends and family. Linda’s kids and grandkids welcomed JC into their lives and hearts for the past 13 years.
JC is survived by his wife, Linda Call McBride of Preston, Idaho; his three children, Patrick McBride of Kearns, Utah; Amber (Stephen) Howells of Kanab, Utah; Cindy (Joe) Gardiner of Vernal, Utah; by Linda’s kids, Molly (Travis) Baxter of Nibley, Utah; Krissy (Jason) Parker of Farr West, Utah; Brian Call of Chandler, Arizona; by 22 grandchildren, 31 great-grandchildren, by 5 great-great grandchildren; by three siblings, Joe McBride of Azle, Texas; Gene McBride of Greece, New York; and Tiny Bass of Onalaska, Texas. He was preceded in death by his wife, Hazel; by a son, JC Jr; by his parents and by several other family members.
Funeral services will be held on Monday, December 6, 2021 at 11:00 a.m. at Webb Funeral Home, 1005 South 800 East, Preston, Idaho. The services will be streamed live and may be watched Monday at 11 am (MST) by clicking on the following link:

A viewing will be held on Monday from 9:30-10:30 a.m. at Webb Funeral Home. Interment will be in the Preston Cemetery. Memories and condolences may be shared with the family at webbmortuary.com

To order memorial trees or send flowers to the family in memory of JC McBride, please visit our flower store.
Send a Sympathy Card