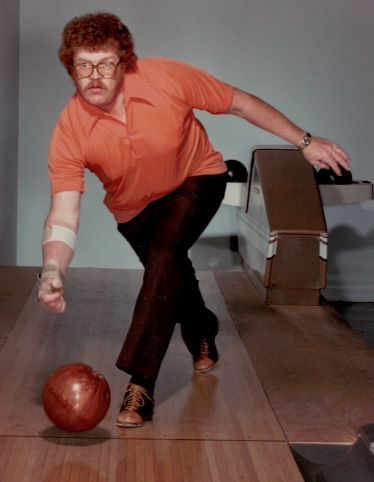 Jay Blair “Turk” Thomas passed away July 6, 2020 at Logan Regional Hospital in Logan, Utah. He was born October 1, 1946 in Logan, Utah, to Orval Blair (Birdie) Thomas and Beatrice Fergus Thomas. With a head of curly red hair, he was given the nickname “Turkey Red”.  This was shortened to “Turk” as he got older. He attended Lewiston Elementary and Jr. High and graduated in the last graduating class of North Cache in 1964, where he played the French horn in the band, threw shotput and participated in other sports. He went to Snow College to play football but it wasn’t what he expected so he later came home to join the Army Reserve.  After his six months of basic training he was able to get leave to serve a mission for the Church of Jesus Christ of Latter-Day Saints in the North British Mission.  On arriving home, he went to work at Cache Valley Dairy/DFA.  He started out dumping milk and ended his career as a cheese maker where he claimed he “put the holes in the swiss cheese”. He worked several years at West Point Dairy in Hyrum before retiring.

Bowling was his life. He started league bowling at 8 years old at Pop n’ Pins Lanes in Preston, Idaho.  He loved the challenge and experienced the thrill of bowling a 300 game twice in his bowling career.  Jay was still bowling in February 2020 prior to Covid-19.  Jay met his wife at the bowling alley.

Jay married Winona “Nona” Pearl Lee on June 28, 1976 and they were later sealed in the Logan Temple on September 15, 1995 for time and all eternity.  Jay gained and loved a family of five children.  Over the years that family grew to include 13 grandchildren and 27 great-grandchildren.

He also loved playing baseball. He played for the Smithfield Blue Sox. He also played for the Mormon Yankee’s in England while on his mission. He shared that love of baseball with his grandson, Stephen. Together they shared stories and the hobby of collecting baseball cards.

He is survived by his sister, LuDean Thomas, his five children William A. (Kay) Bailey, Linda D. Erickson, Michael Q. (Oanna) Bailey, Edward L. Bailey and Julia A. Bailey, his grandchildren and great-grandchildren.  He was preceded in death by his wife, Nona, a sister Cheryl Ann Thomas and his parents.

Interment will be in the Lewiston Cemetery. Memories and condolences may be shared with the family at www.webbmortuary.com.

To order memorial trees or send flowers to the family in memory of Jay Blair Thomas, please visit our flower store.
Send a Sympathy Card