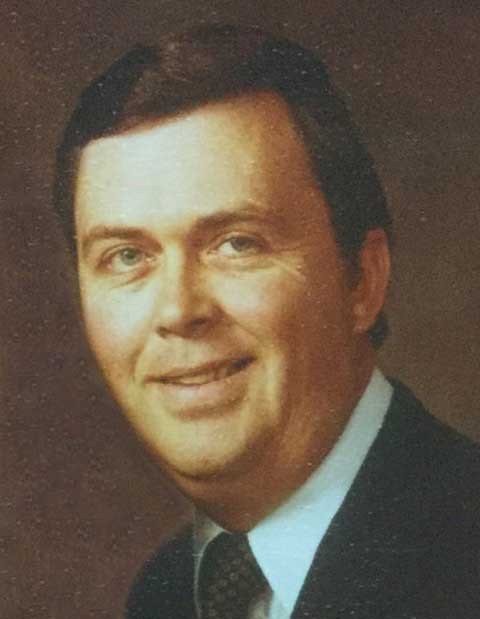 After a long life, and a mercifully brief ailment, Jay Alvin Carlson passed away in Salt Lake City early the morning of June 10, 2018.  He was alert to the end, experienced only minimal suffering, and was surrounded by family when he passed to the other side.

Jay was born on February 28, 1938, in Preston, Idaho, to Alvin Gustave Carlson and Elda Skinner Carlson.  He was the oldest of four children.

Jay loved radio voice work, and while in high school he was employed as an announcer and disk jockey by KPST in Preston, Idaho, and KLGN in Logan, Utah. He was noted for his deep bass voice.

Jay married and was sealed to Diane Palmer, also of Preston, on December 28, 1960 in the Logan, Utah temple.

A man of acute intelligence, Jay loved a good pun, and a witty palindrome.  He was, for years, an active member of MENSA.  Few things held his interest like a good novel, and he was a voracious reader, wearing out several easy chairs in that pastime.  He spent countless hours standing in sawdust, savoring the smell of wood in his workshop where he built beautiful keepsakes for his family.

Jay graduated from Utah State University in Accounting and worked for Arthur Anderson and Co. in Los Angeles.  A month after returning to Utah, Jay found a career, which he found very satisfying, with Newspaper Agency Corporation (NAC, the printing arm of the Deseret News and the Salt Lake Tribune - now MediaOne).  There he worked as Assistant Controller, Controller, Human Resources Director, and later as Financial Vice President.  During those years, Jay also served as an officer with the Institute of Newspaper Controllers and Finance Officers (INCFO), where he served on the Board of Directors, and for one year as President.  Jay was very well respected throughout his career and was seen as a fair, honest and trustworthy co-worker, boss and leader.

Jay was a faithful, life-long member of the Church of Jesus Christ of Latter-day Saints.  At the age of 21, he served for two years in the Southern States Mission.  Through his extensive church service, he was able to serve and minister to countless individuals and families. He enjoyed opportunities to serve as Elders Quorum President, financial clerk, bishopric counselor, Bishop, on multiple High Councils, and as a Stake Executive Secretary.  Some of the best friends in Jay’s life were those men with whom he served in church callings.  In later years Jay and Diane enjoyed doing a service mission together, and also served as officiators in the Logan LDS Temple.  Most recently, Jay served as ward Financial Clerk under four bishops.

Jay’s life was an example of hard work, Christ-like service, dedication to family, thinking of others before himself, and faithfully enduring to the end.

Jay is survived by his wife Diane of 57 years, his 5 children: David, Rob (Dr. Vera), Rich (Christy), Mark (Amy), Stephanie (Matthew), 10 grandchildren, his brother Reid (Linda), brother-in-law Tom Stogdill, and sister-in-law Carol Carlson. He was preceded in death by his parents, his sister LouAnn, his brother Jim, and his grandson Jayson.

The family would like to offer a heart-felt Thank You to Dr. Vera Carlson, MD, for her sweet, tender loving care for Jay over the years.

To order memorial trees or send flowers to the family in memory of Jay Alvin Carlson, please visit our flower store.
Send a Sympathy Card