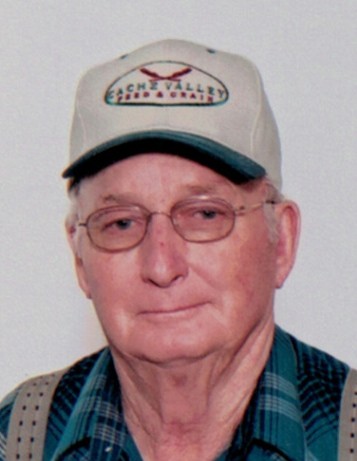 James George "Jim" Nielsen, 82, passed away peacefully on Thursday, June 27, 2019 at the Franklin County Transitional Care Center in Preston, Idaho. He was born on May 17, 1937 in Ogden, Utah, the 13th of 14 children born to Niels Peter and Lillie Theresa Peterson Nielsen. He married Sharon Todd and they had four children. They were later divorced. He then married Mary Carpenter and she brought five children with her to that marriage.

Jim loved the outdoors and enjoyed camping, riding ATV's and being in the mountains. He loved hunting and being a farmer and always enjoyed driving trucks for Trenton Feed and IFA. He was actively involved in the scouts as well.

He is survived by his wife Mary, and their children Andy (Ranae) , Neila (LeRoy), Patti, Linda, Scott (Lucinda); Bonnie (Tedd); Sid (Shelby); Cheryl (Eric); and Corrie (Charlie); he is also survived by 25 grandchildren, and 28 great grandchildren. He was preceded in death by his parents, seven sisters, and six brothers.

Funeral services will be held Tuesday, July 2, 2019 at 11:00 a.m. at Webb Funeral Home in Preston, Idaho. A viewing will be held on Tuesday from 9:30-10:30 a.m. at the funeral home. Interment will be in the Weston Cemetery. Memories and condolences may be shared with the family at webbmortuary.com

To order memorial trees or send flowers to the family in memory of James George "Jim" Nielsen, please visit our flower store.
Send a Sympathy Card